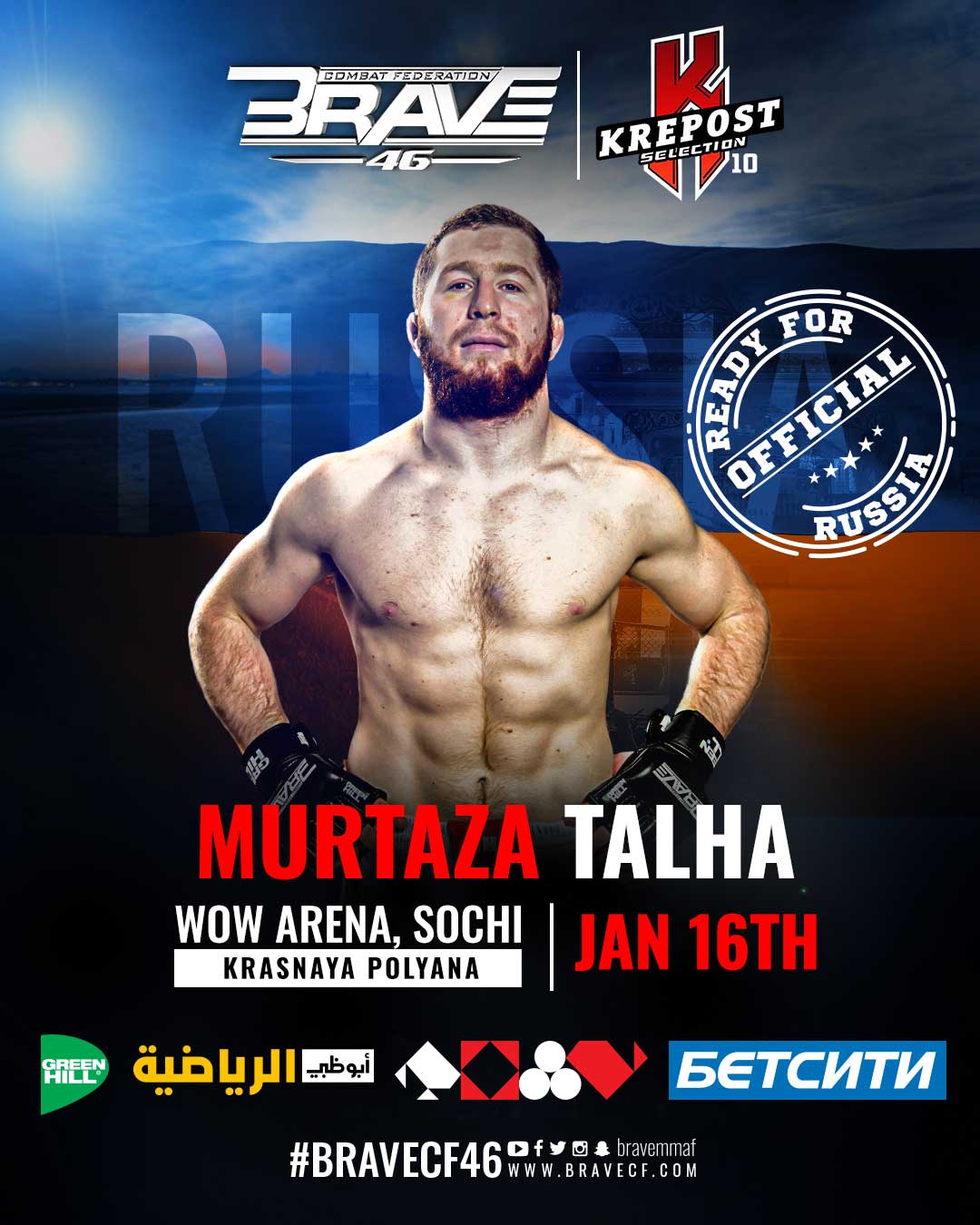 BRAVE Combat Federation is assembling a star-studded card for its inaugural trip to Russia. BRAVE CF 46, which takes place in Sochi, on January 16th, in association with Krepost Selection will feature the returns of a huge prospect and a seasoned grappler looking to elevate himself in the MMA world.

The organization has announced that both Murtaza Talha and Rustam Chsiev will be in action for BRAVE CF 46. 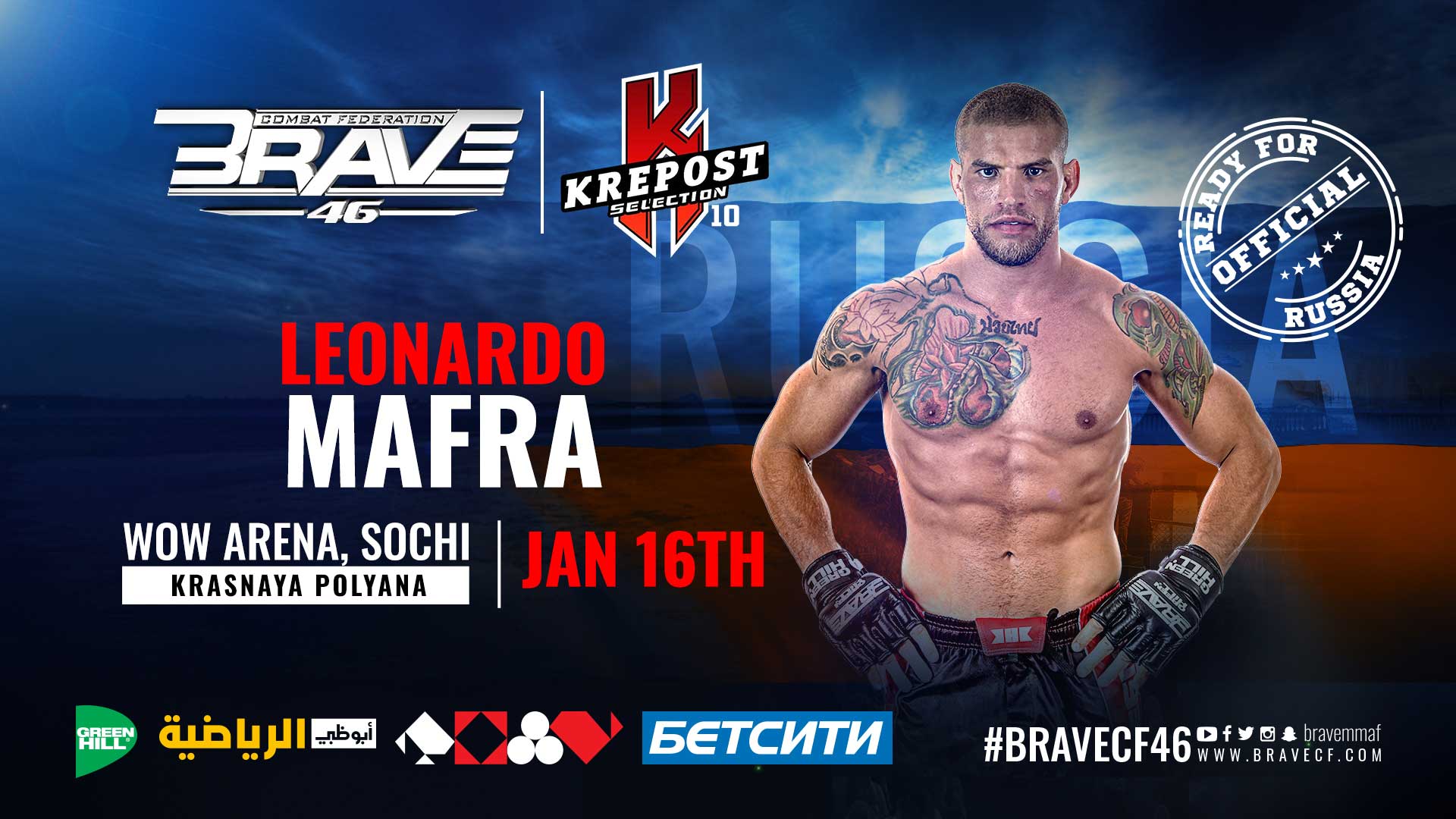 BRAVE CF 46 will mark the very first trip of the truly global MMA promotion to Russia. The event, to be held in Sochi, will be headlined by the first title defense of the Super Lightweight world champion Eldar Eldarov. The organization confirmed that three of the most prominent contenders in the division will also be featured in the card: Leonardo Mafra, Luan Santiago, and Issa Isakov. 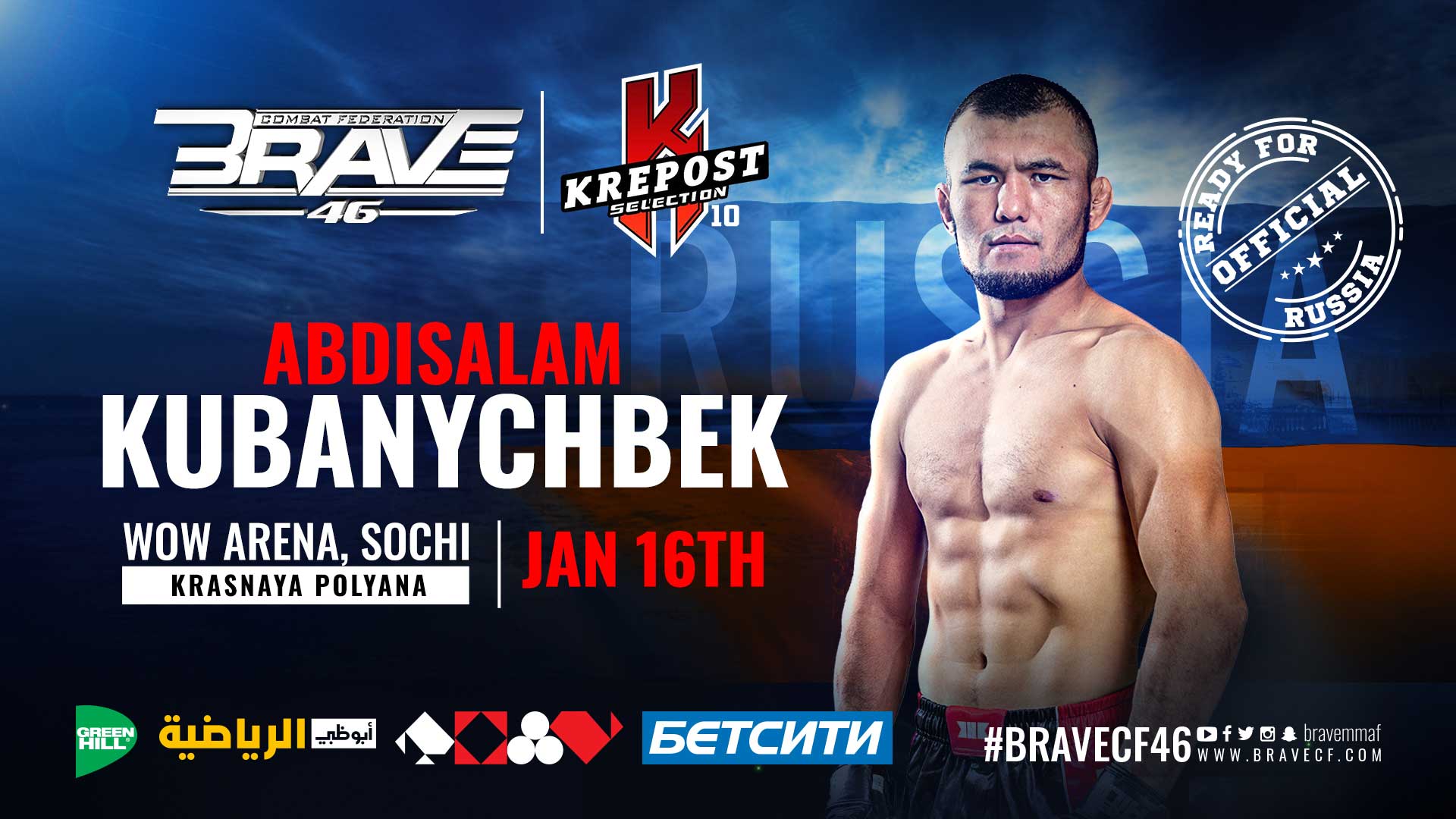 Kyrgyz superstar Kubanychibek to compete at BRAVE CF 46, in Russia

Abdisalam Uulu Kubanychbek arrived at BRAVE Combat Federation and made a huge splash, with two very convincing and dominant victories. Now, the truly global promotion announced that “Omok”, as he’s also known as, will be part of the promotion’s debut card in Russia, BRAVE CF 46, scheduled for January 19.

Kubanychbek’s opponent is yet to be revealed but it’s expected to be a huge challenge, after the Kyrgyz superstar proved his capabilities over the last two performances. 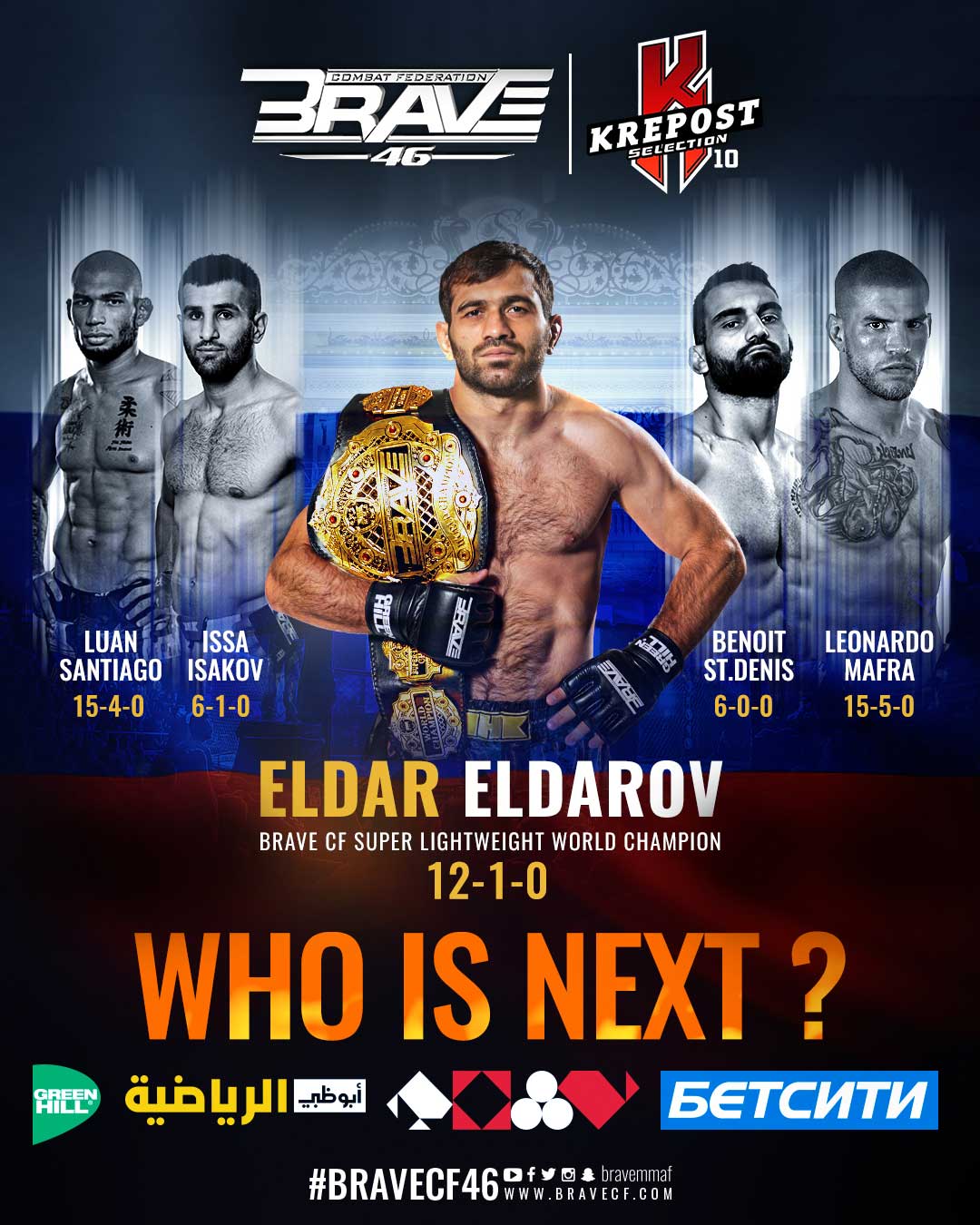 BRAVE Combat Federation’s first show in Russia will be headlined by the return of Super Lightweight world champion Eldar Eldarov - he will be making the first defense of his title in the main event with a yet-to-be-named opponent. BRAVE CF is the first and only global organization to open and empower an intermediate division between Lightweight and Welterweight, giving plenty of opportunities to fighters who have previously been stuck in a limbo - too big for Lightweight, but too small for 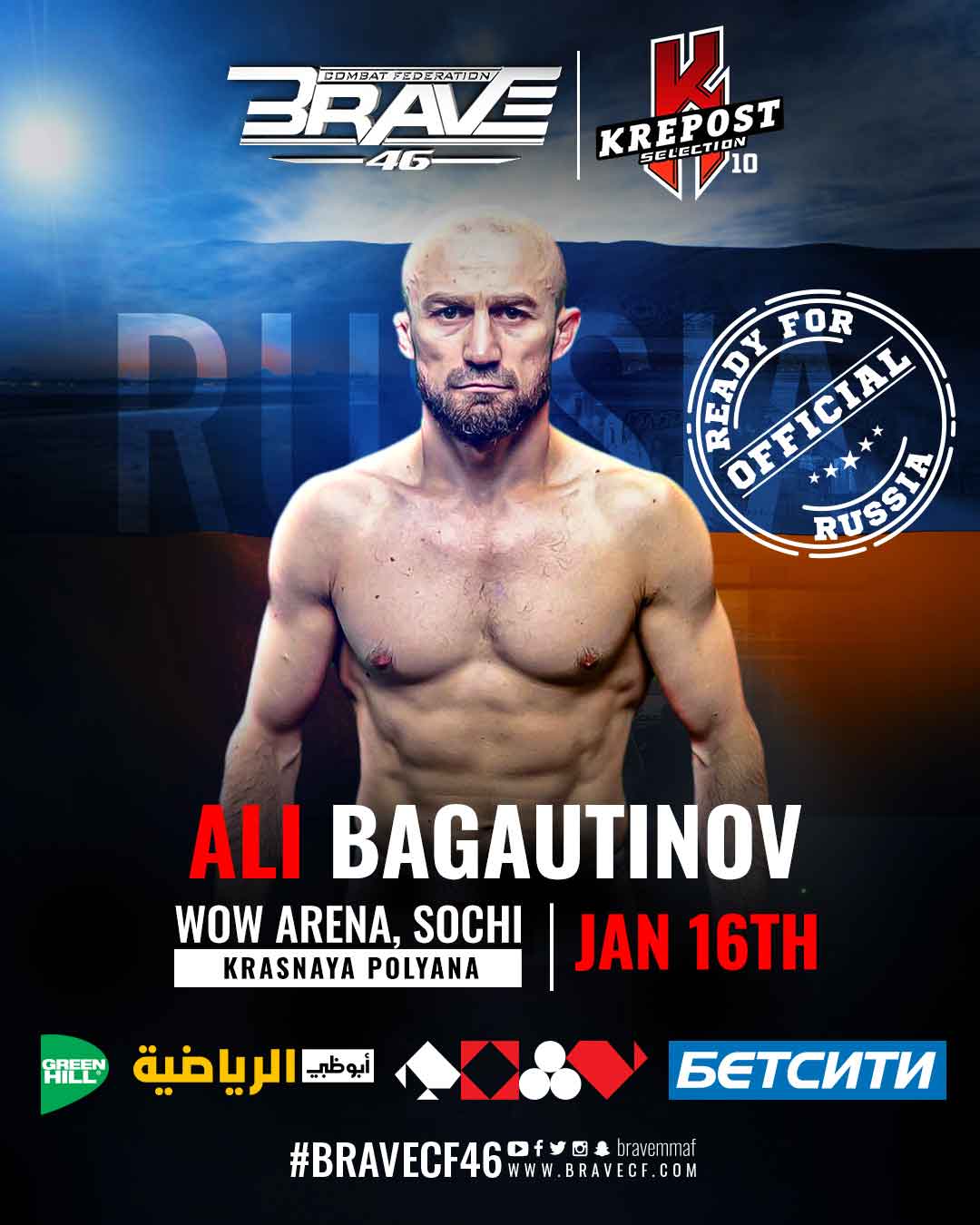 BRAVE Combat Federation, the fastest-growing global MMA organization, founded by His Highness Sheikh Khaled bin Hamad Al Khalifa, will kick off 2021 adding yet another country to its host-list. On January 16, the Bahrain-based promotion is landing in Russia for the very first time and has announced that three of the country’s biggest stars will be in action in the fight card, hosted in association with Krepost Selection.

The first one is top-ranked Flyweight Ali “Pun 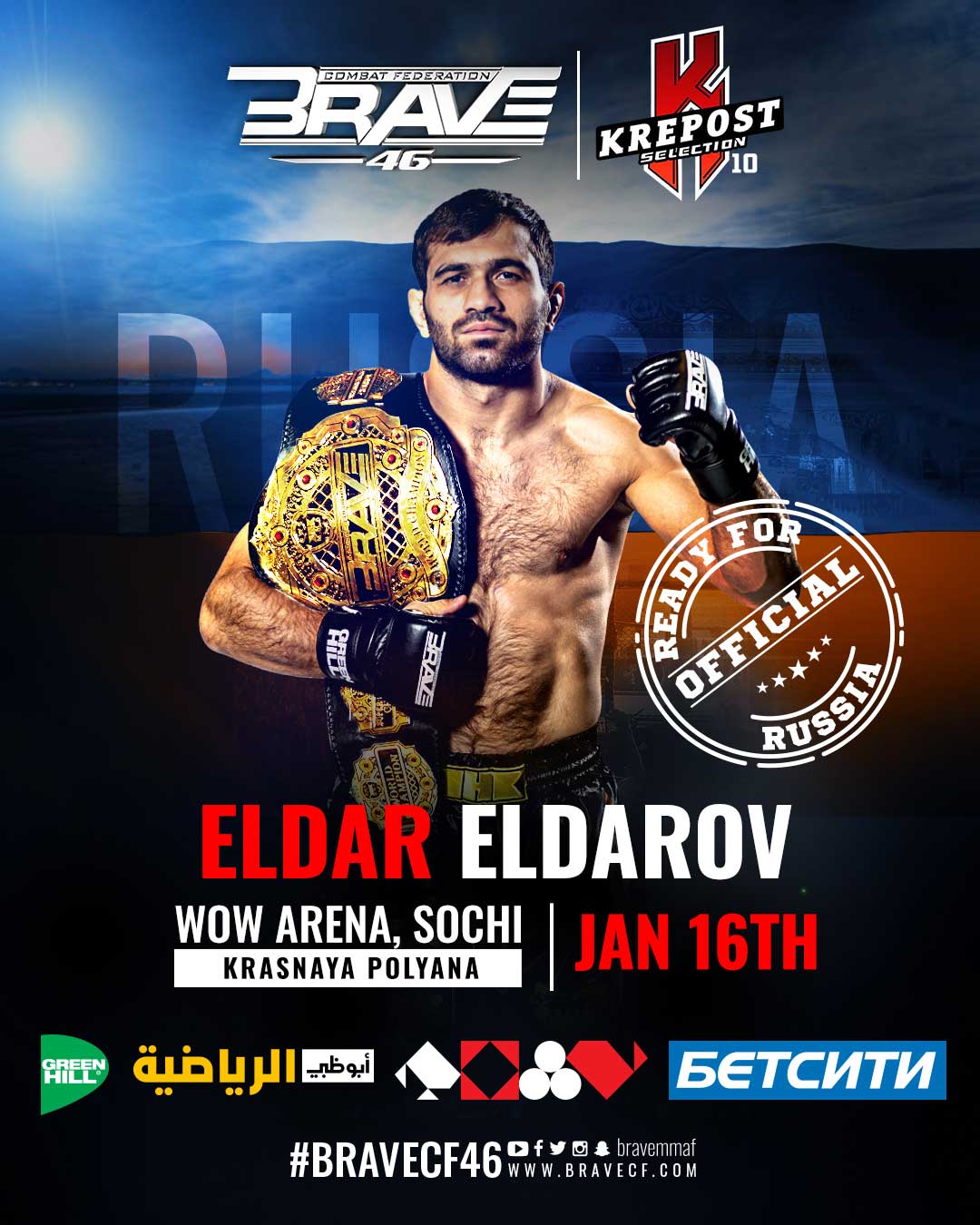 Eldar Eldarov has been one of the stars of BRAVE Combat Federation since his promotional debut, which took place in September of 2016, during the organization’s first-ever show, and he will come back to action on BRAVE CF’s first visit to Russia. After over a year-long time off from fighting, the world champion will put his title on the line at BRAVE CF 46, taking place on January 16th, against a yet-to-be-named contender.

In the past four years, Eldarov has established himself as