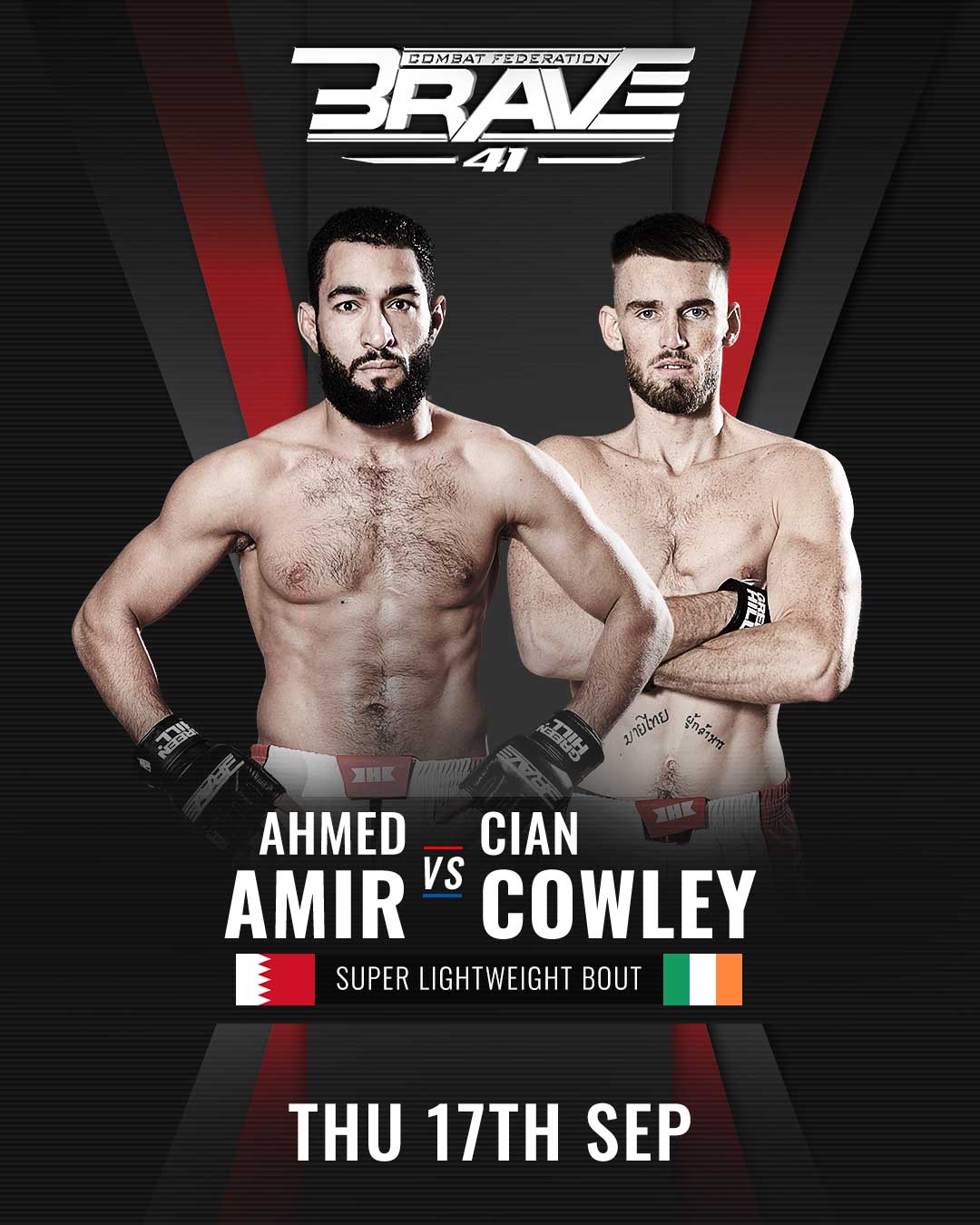 SBG Ireland’s Cian Cowley will look to break a losing streak at BRAVE CF 41, on September 17th, in the Kingdom of Bahrain. He will move up to Super Lightweight to meet Ahmed ‘’The Butcher’’ Amir.

A muay thai fighter who holds multiple national titles, Cowley is a five-fight BRAVE CF veteran, and started well with the promotion, winning his first two fights for the fastest-growing organization in the world, before dropping his next three contests.

He now moves up from 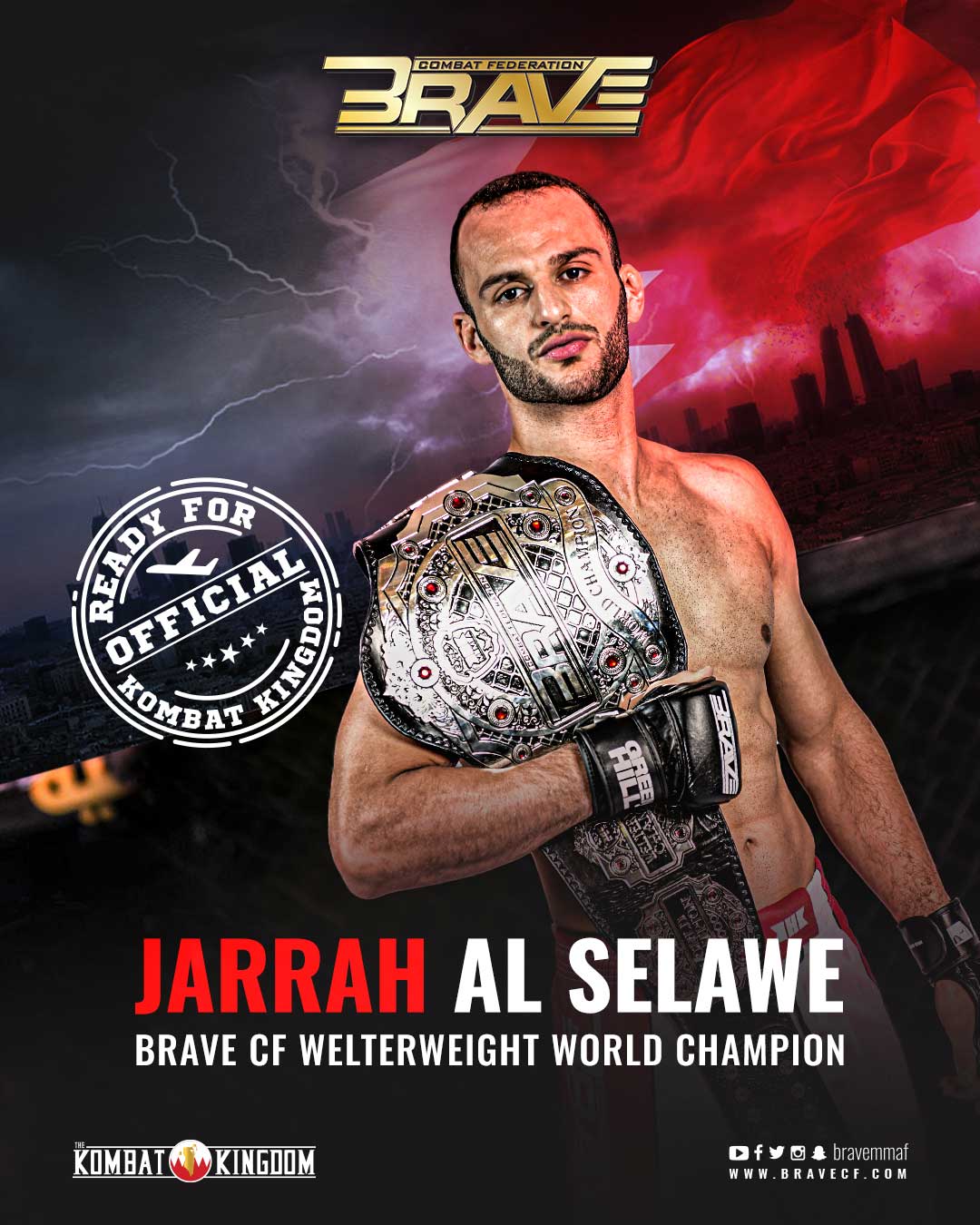 The champion is back. After signing an extension deal with BRAVE Combat Federation, reigning Welterweight world champion Jarrah Al-Selawe will compete in the next month. The titleholder will feature in one of the three Kombat Kingdom events that the fastest-growing MMA organization is holding in its home in Bahrain.

Jarrah's return was confirmed by Mohammed Shahid, president of BRAVE CF, who has hailed Al-Selawe’s accomplishments inside the arena and his role in the Arab MMA scene, 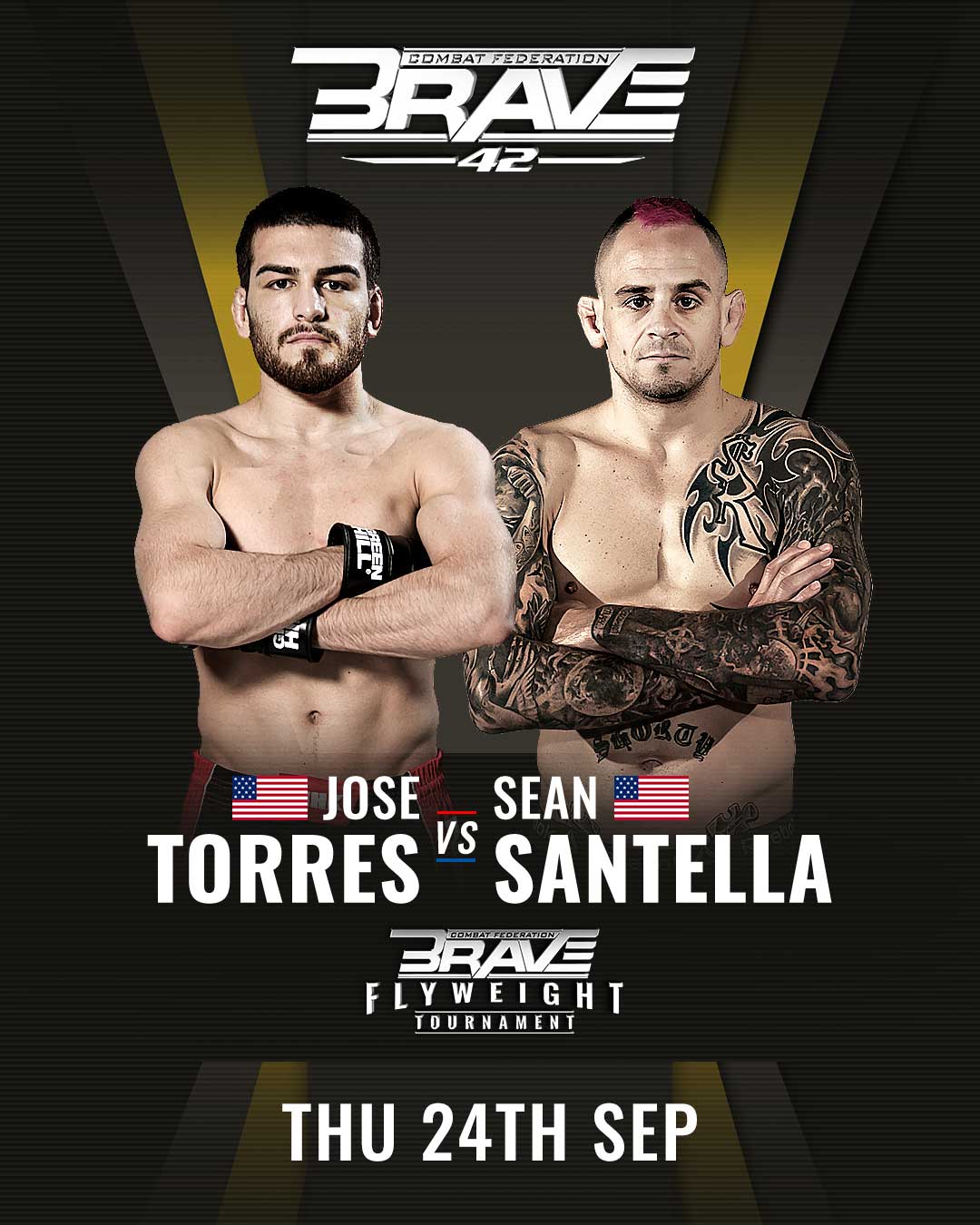 BRAVE Combat Federation has confirmed that three of the first round matchups of its much-anticipated Flyweight World Title Tournament will take place in the Kingdom of Bahrain, as part of the “Kombat Kingdom” series.

The event on September 24th will be headlined the clash between two Americans, Jose “Shorty” Torres and Sean “Shorty Rock” Santella, as both men look to book a place in the semifinals and to define the best Flyweight in America. 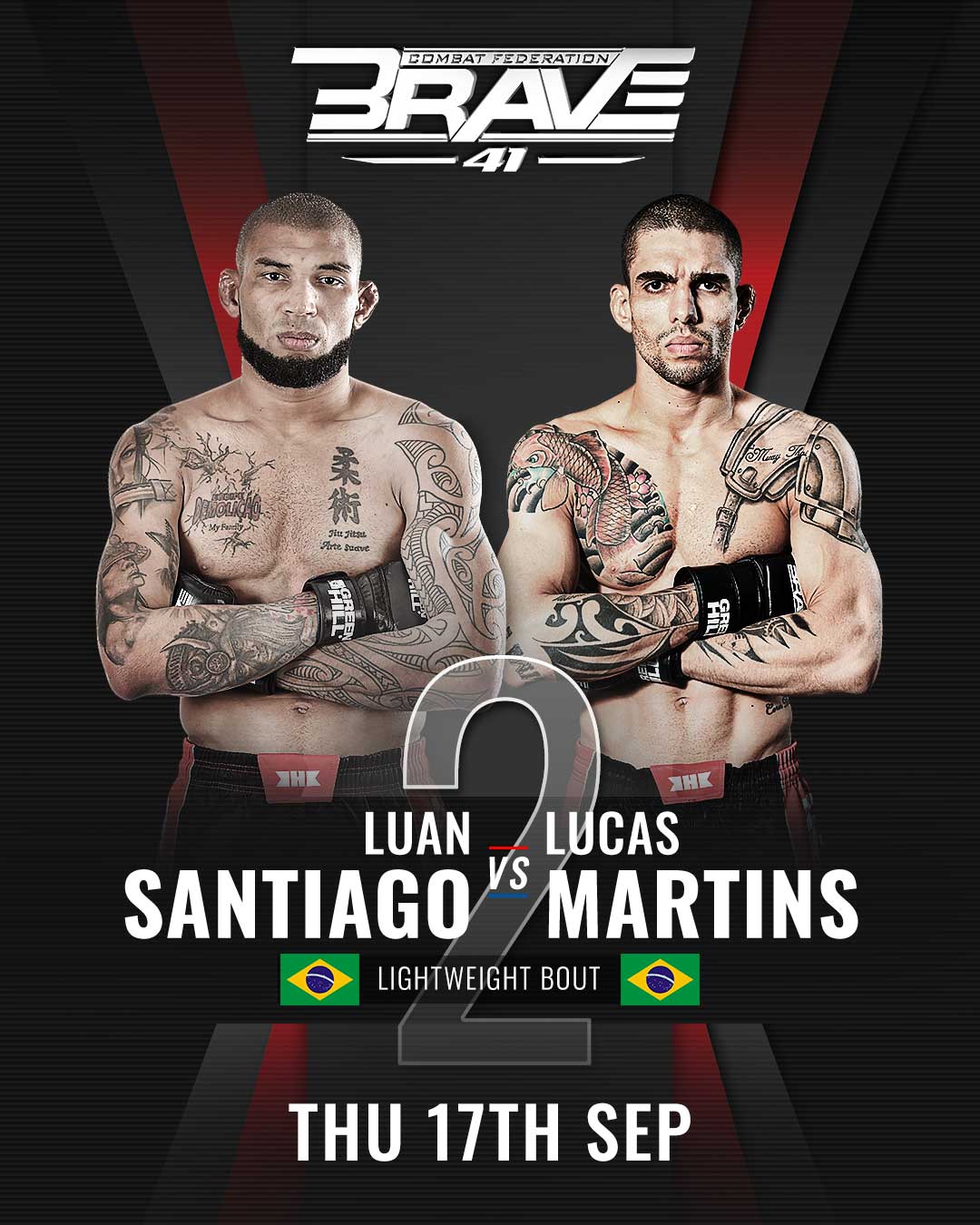 Epic rematch between Mineiro and Santiago to co-headline BRAVE CF 41, in Bahrain

Two of the best lightweights to ever grace the sport of Mixed Martial Arts, and former foes in one of the most exciting title fights in the history of BRAVE Combat Federation, will meet again inside the cage. BRAVE CF officials announced that the rematch between Lucas “Mineiro” Martins and Luan “Miau” Santiago will be the co-main event of the evening for BRAVE CF 41, which takes place in Bahrain, on September 17th. 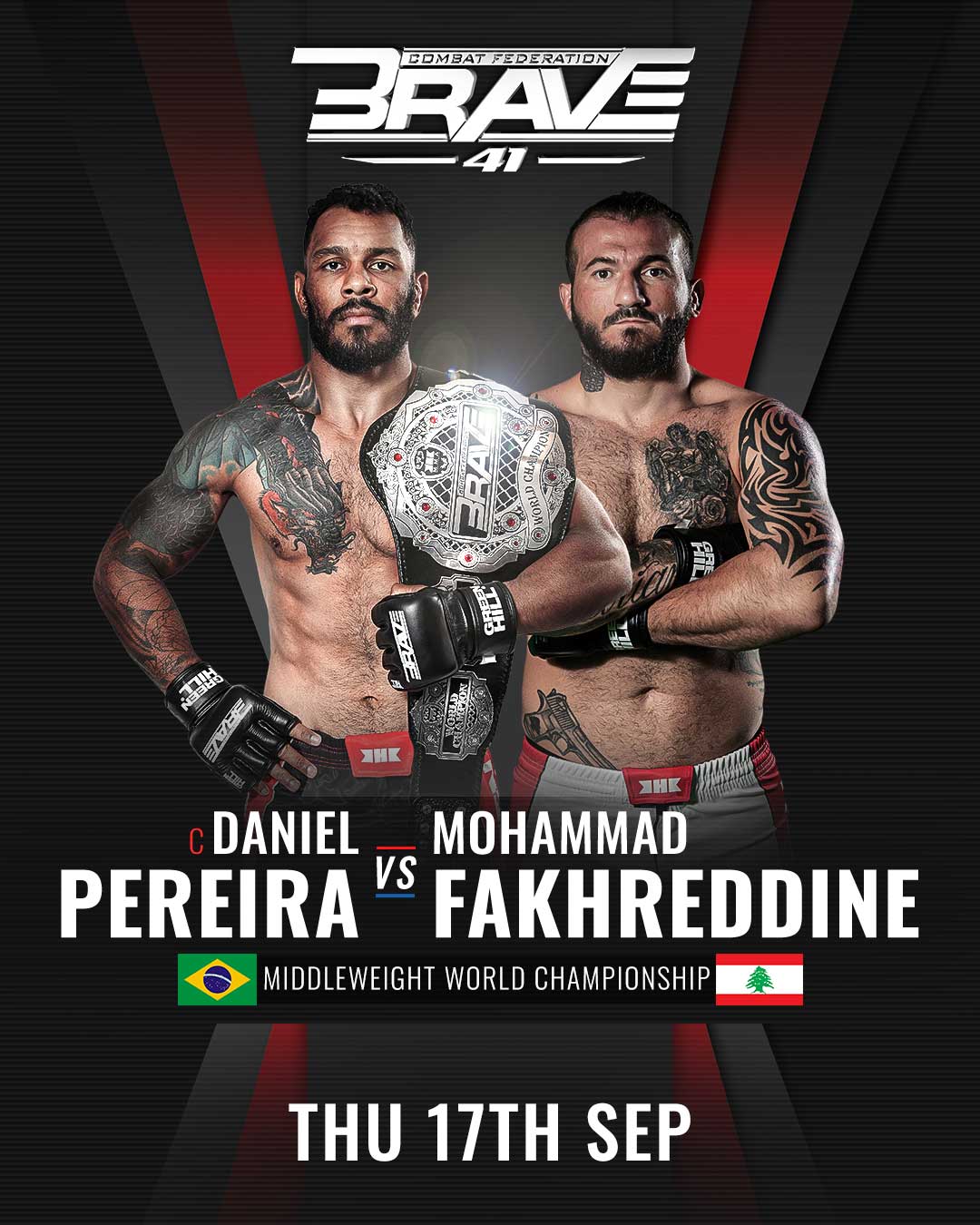 Fakhreddine challenges Gaucho for the Middleweight title at BRAVE CF 41, in Bahrain

One of the biggest Middle Eastern superstars of all time will finally have the chance to crown his legendary career with a world title. BRAVE Combat Federation officials announced that Mohammad “The Latest” Fakhreddine will be challenging the undisputed champion Daniel “Gaucho” for the Middleweight title.

Fakhreddine vs Gaucho will be the main event of BRAVE CF 41, the first out of three consecutive fight nights that the truly global MMA promotion will host in its home country 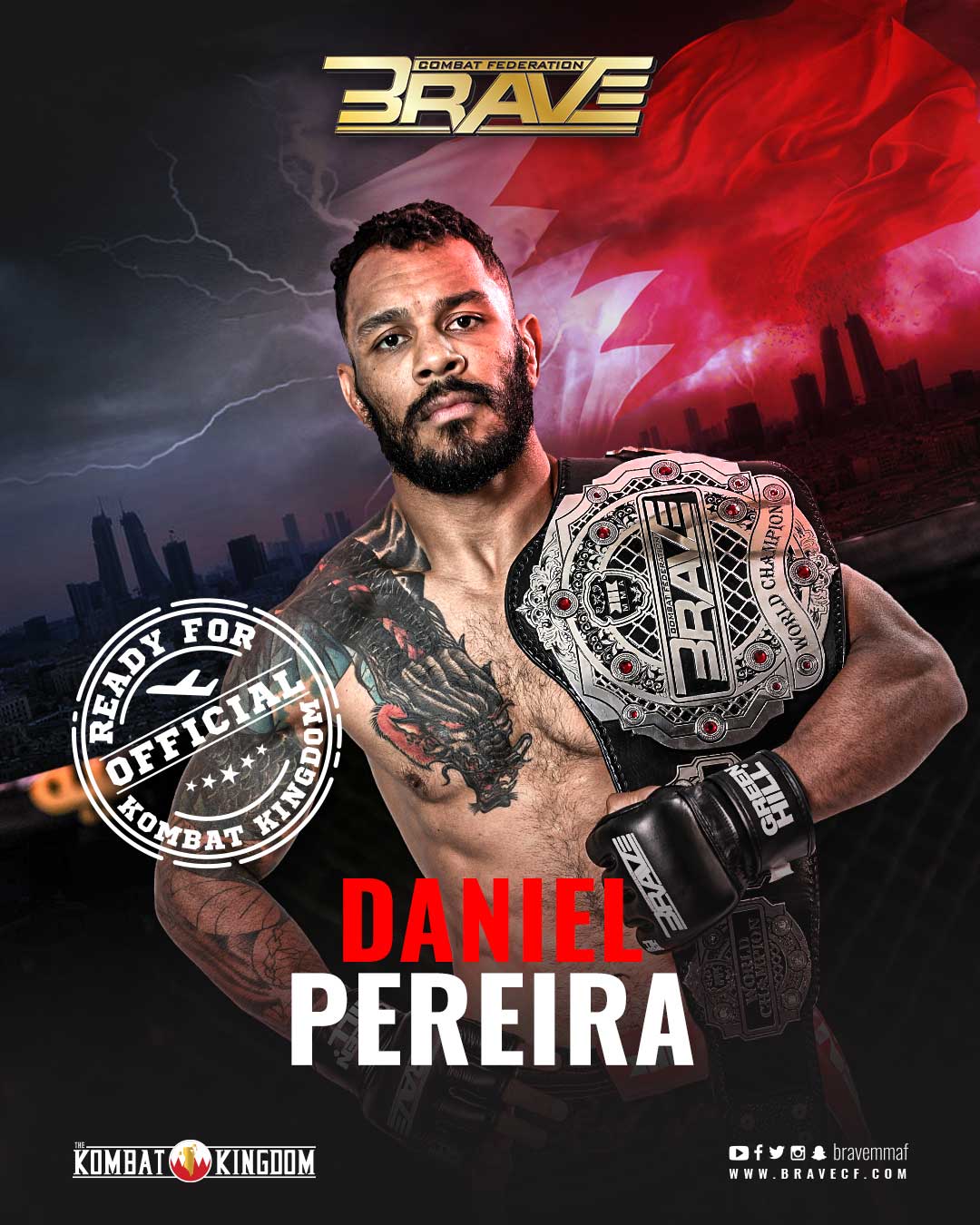 BRAVE Combat Federation will host three events in three weeks in its home in the Kingdom of Bahrain, and will put on some of the best cards of the year as the fastest-growing organization in the world moves on from its European Invasion with a true homecoming featuring its biggest stars.

Officials have announced that Middleweight world champion Daniel ‘’Gaucho’’ will defend his title for the first time, and also the confirmation of at least two fights in