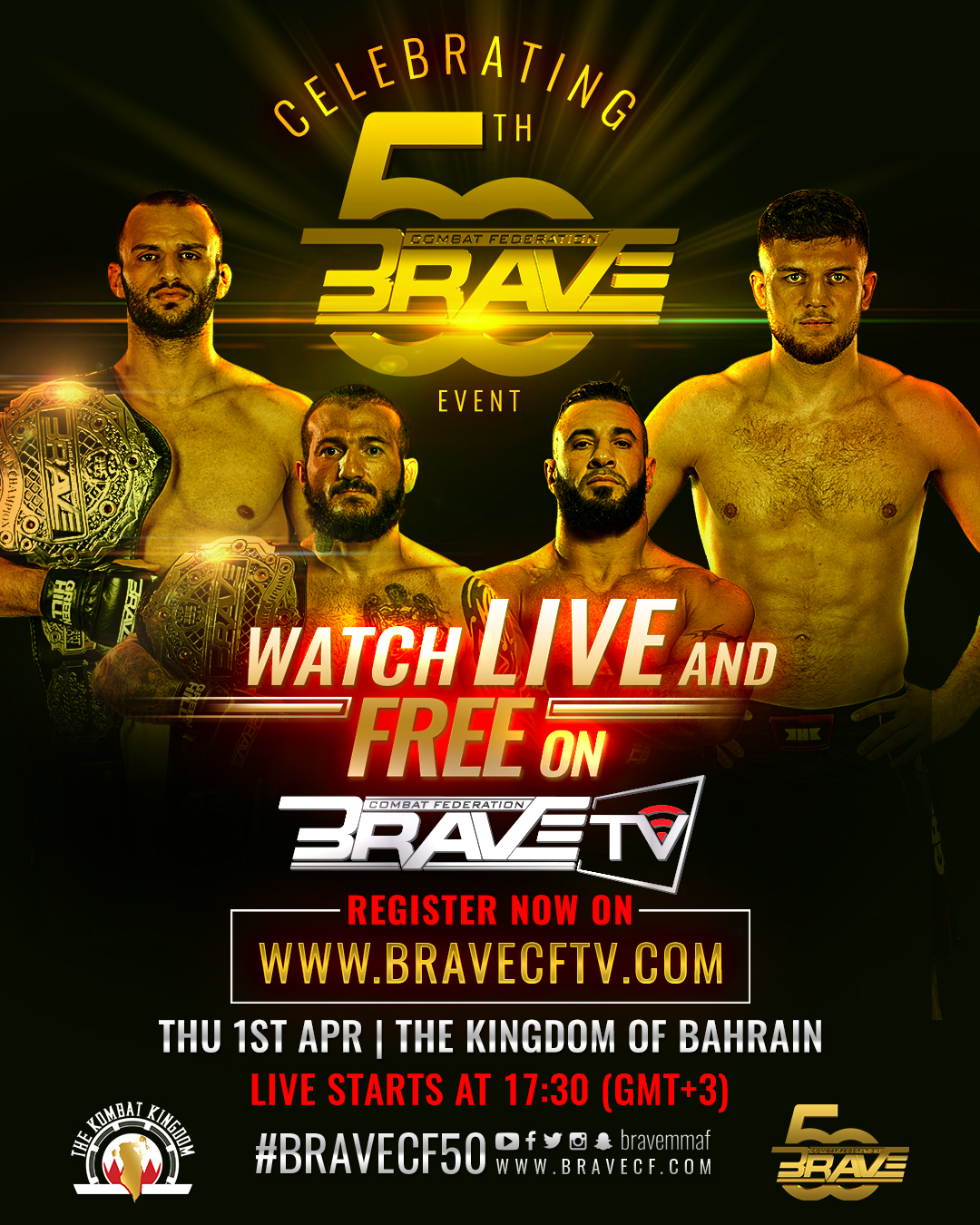 BRAVE Combat Federation will put on the biggest show in its history tonight at the Arad Fort, in Kombat Kingdom. BRAVE CF 50 will have 17 fights, and is set to be headlined by two world title fights that have captured the imagination of fans around the world. Super Welterweight champion Jarrah Al-Silawi defends his crown against top contender Ismail Naurdiev, while Mohammad Fakhreddine will look to add the Light Heavyweight crown to his Middleweight belt when he meets Mohammed Said Maalem.

Ahead of the historic event, BRAVE Combat Federation has released Road to BRAVE CF 50, a documentary which details the hardships encountered by the fighters involved in the main event, as well as the paths they have taken to be a part of a momentous occasion for mixed martial arts.

From growing up in war-torn countries to dealing with tragedy in their home countries, the athletes have endured what many couldn’t and have come out at the top.

Road to BRAVE CF 50 takes an intimate look at the four men’s preparations for the biggest night of their careers, as Jarrah Al-Silawi, Ismail Naurdiev, Mohammad Fakhreddine, and Mohammed Said Maalem let the cameras in during their most personal times, giving a glimpse of what it’s like to prepare for a fight night of this magnitude.

BRAVE CF 50 takes place tonight, and starts at 5.30 PM (GMT+3). The show is available live and free by registering at bravecftv.com.