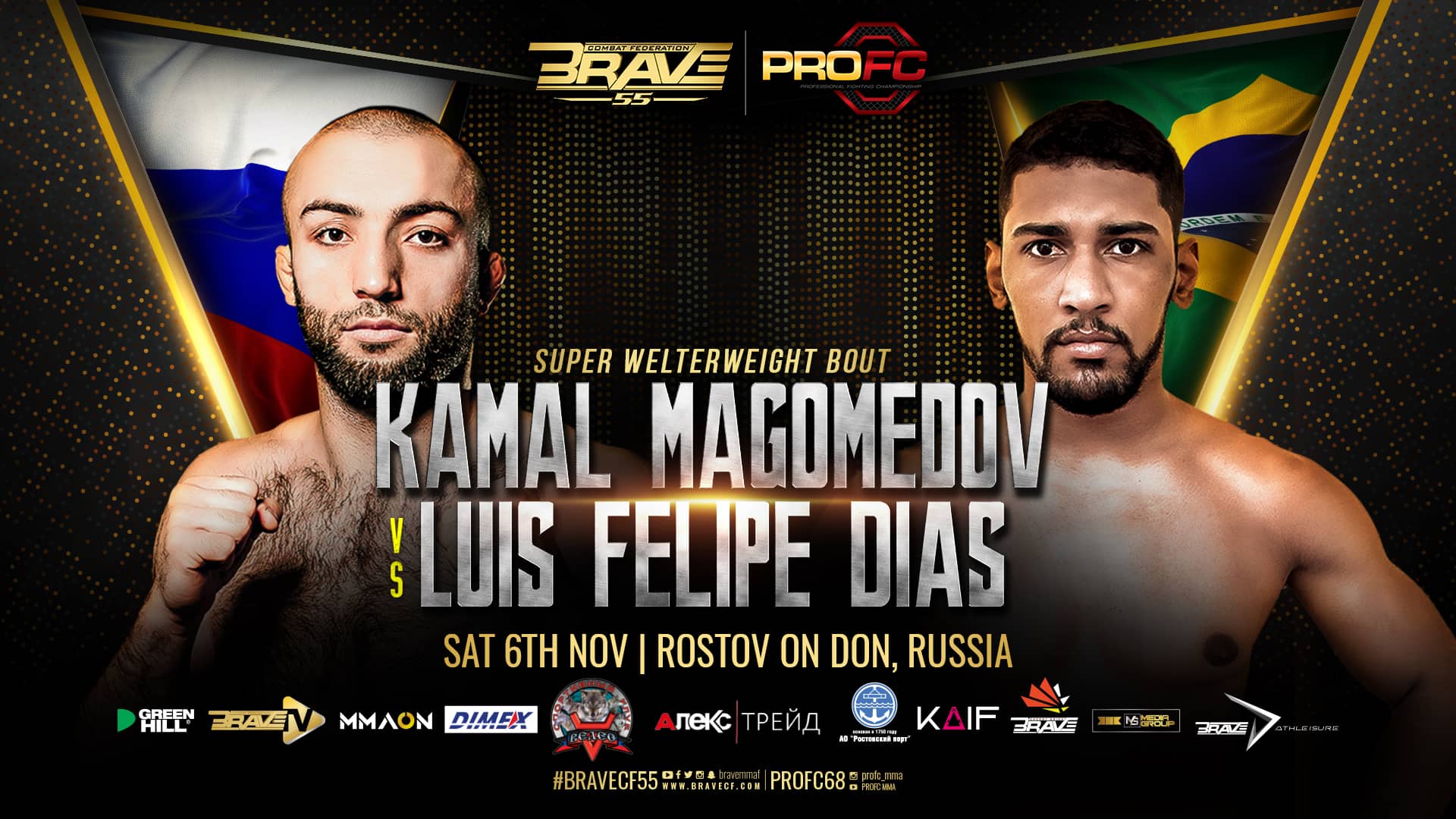 The stacked BRAVE CF Super Welterweight division is on high alert since the world title for the 175-pound weight class became vacant and now several high-stakes bouts will decide the future of the prestigious BRAVE CF world title belt.

One of these bouts is expected to steal the show during the organization’s return to Russia, set for November 6, in association with Pro FC, in Rostov-On-Don. Undefeated Kamal Magomedov will make his maiden appearance under the BRAVE CF banner against fellow debutant Luis Felipe Dias of Brazil at BRAVE CF 55.

Magomedov owns a perfect professional record of 8-0 and has never gone the distance in his career, winning five fights by way of submission and three via knockout. The 30-year-old Russian knows how to have gold fastened around his waist, having conquered an important title in America before.

Like Magomedov, Dias has won relevant hardwares during his stint at the regional level, amassing a win-loss slate of 14-3. A seven-fight win streak, including a rare suloev stretch submission victory, has turned Dias into the number one fighter in his weight-class in Brazil. And now he’s ready to take on the world’s best and potentially add the biggest title of his career to an increasingly stellar resume.

BRAVE CF 55 will be headlined by the second Flyweight tournament semi-final, with Ali Bagautinov welcoming Jose Torres in one of the biggest fights in the division’s history. The winner will face sambo world champion Velimurad Alkhasov in the final, with the winner becoming the first-ever BRAVE CF Flyweight champion of the world.