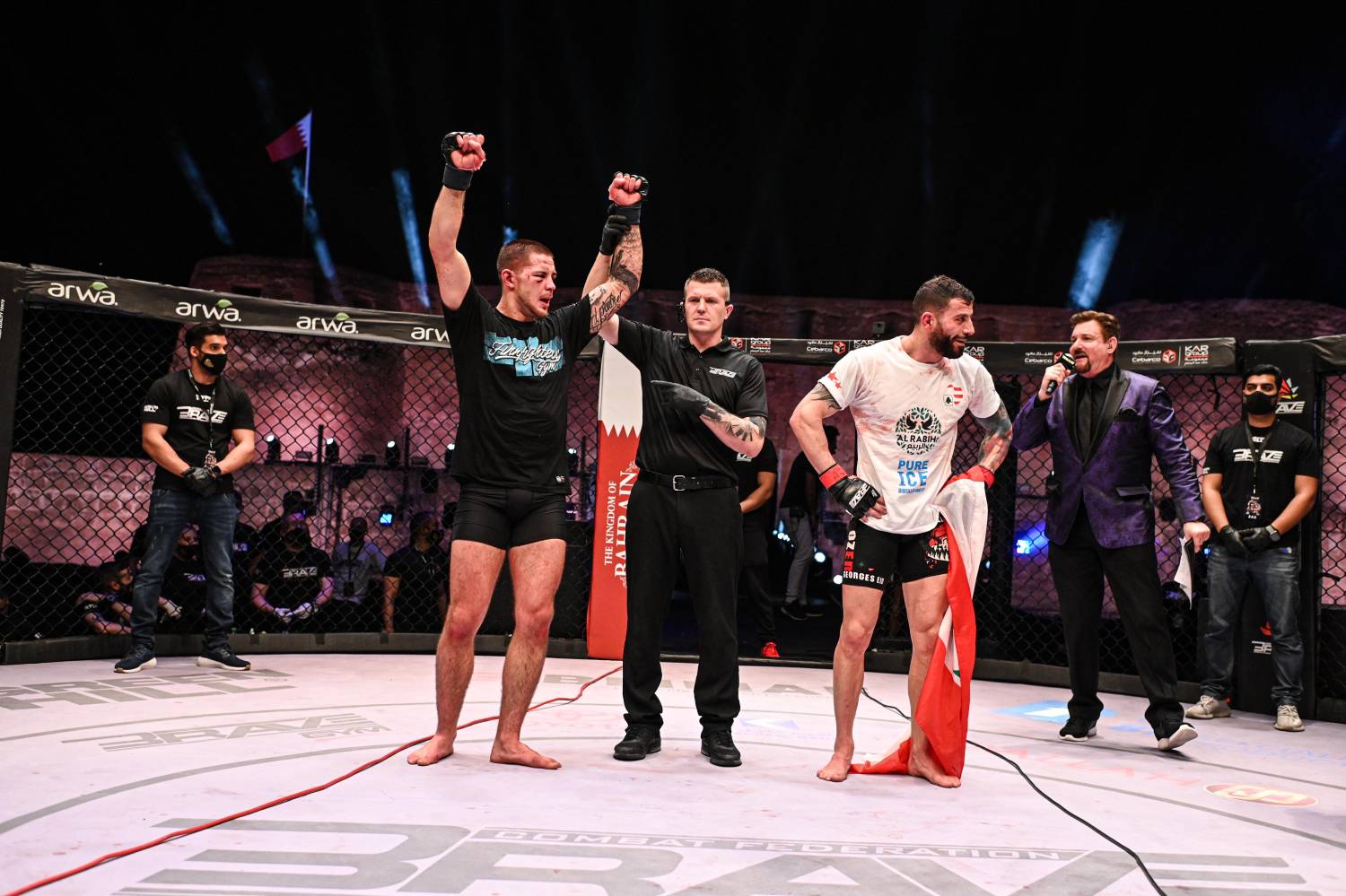 The name of Canada’s Georges St. Pierre will pop in most of the “Greatest Fighters of All Time” lists in the MMA community, often in the first place. That happens to be the case with BRAVE CF 52’s Olli Santalahti, who has “Rush” as his biggest inspiration.

Much like GSP himself, Santalahti started in Karate and then transitioned to other martial arts, until eventually landing in MMA. The way St. Pierre’s done it, though, is his goal.

For more than a decade, despite having karate as his main background, the Canadian managed to out wrestle, outbox, and submit dozens of opponents, showing one of the most amazing levels of athleticism seen in MMA in the process.

That was Olli Santalahti’s mentality when he got a call to join BRAVE Combat Federation for a fight on his 27th birthday, back in March: to show that he was a well-rounded, finished product, ready to climb the mountain and become an international superstar.

“The amazing”, as he’s also known as, left quite a first impression, emerging victorious in a gruesome back-and-forth match against Georges Eid, which he won via split decision.

Having the blueprint from one of the greatest but seeking his own goals, Santalahti expects to write his own success story in the world of Mixed Martial Arts, and the next chapter will be written on August 1st, in Milan, Italy, as he takes on Switzerland’s Kevin Ruart at BRAVE CF 52.