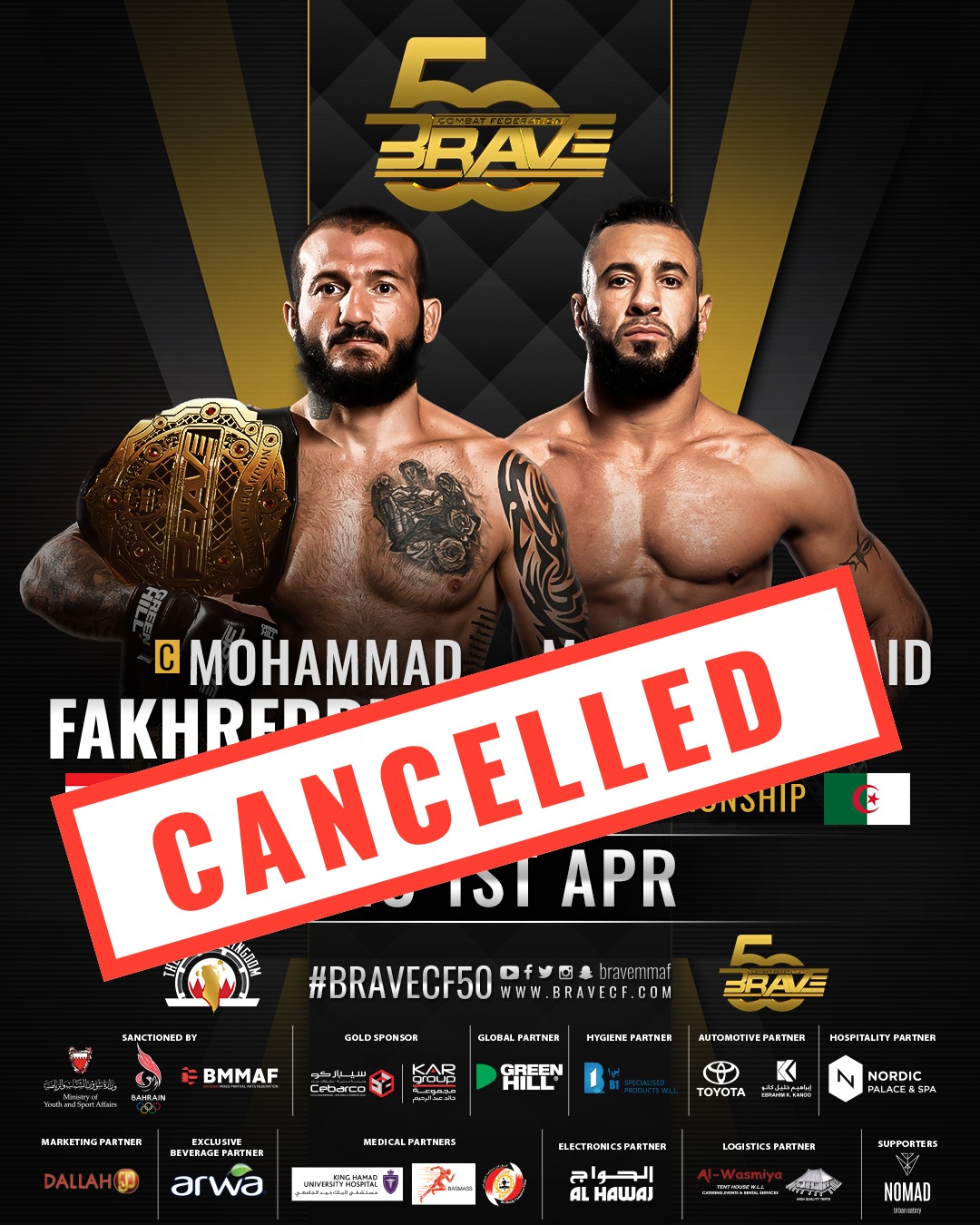 Mohammad Fakhreddine’s dream of becoming a two-weight champion will have to wait, as the current Middleweight champion has been forced off his Light Heavyweight title shot due to illness.

Fakhreddine was scheduled to face off against fellow top contender Mohammed Said Maalem for the vacant crown at 205-pounds, but the much-anticipated duel of two of the top Light Heavyweights in the world will have to wait.

Fakhreddine wasn’t feeling well as he made it backstage in the Arad Fort, and after consultation with the on-site doctors, the bout against Said Maalem was scrapped off the historic BRAVE CF 50.

The organization’s legendary fight card will continue on and the co-headliner is now the last quarter-final of the biggest Flyweight tournament in mixed martial arts history, with Ali Bagautinov looking to move to the semifinals as he welcomes top 125-pounder Dustin Ortiz.

BRAVE CF 50 is currently taking place at Kombat Kingdom and is live and free via registration at bravecftv.com.