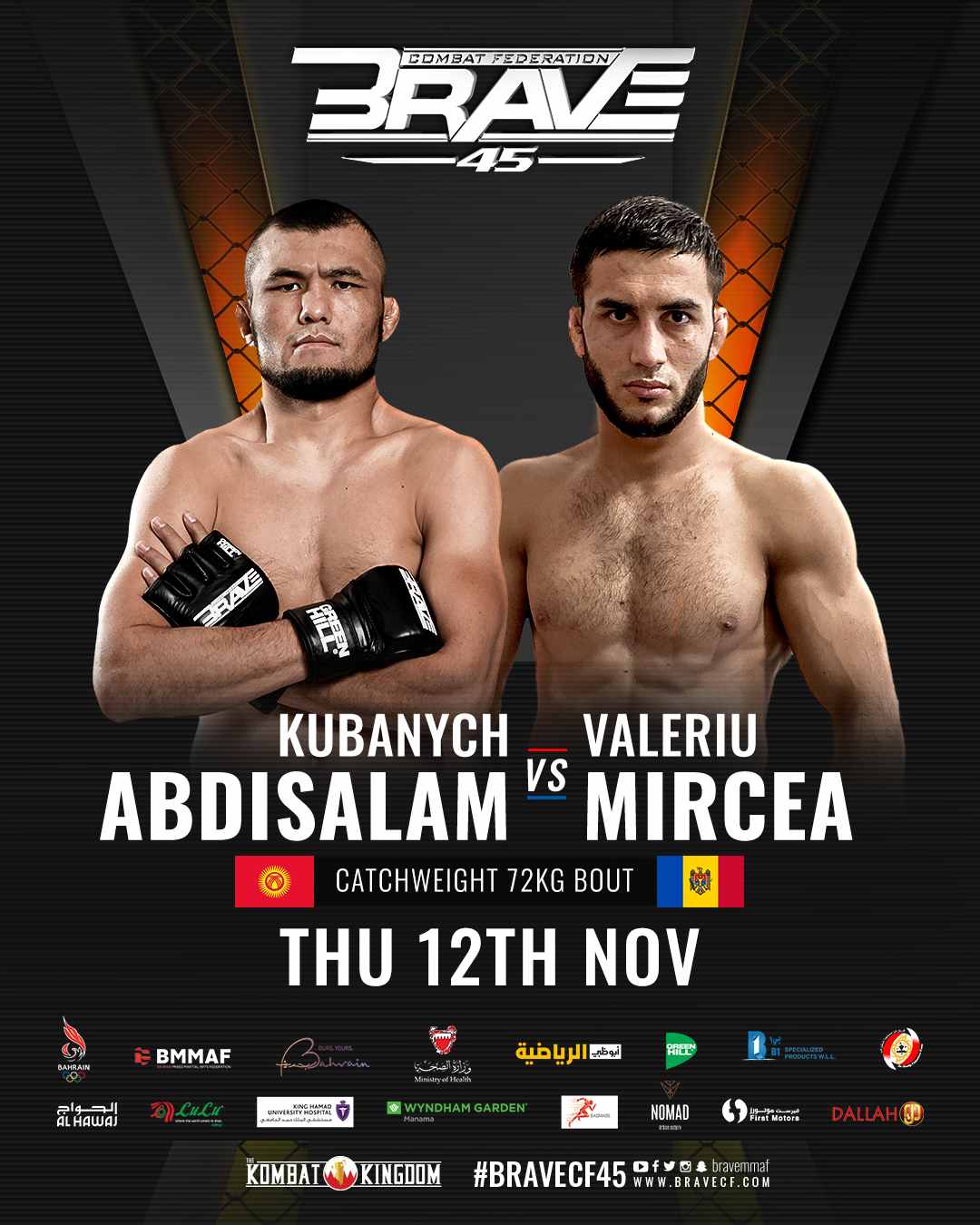 After a monumental win in his promotional debut, Kubanych Abdisalam will look to prove his mettle and cement his place among BRAVE CF's elite as he takes on Valeriu Mircea in the co-main event of BRAVE CF 45 which takes place on November 12th, in the Kingdom of Bahrain.

The standout fighter from Kyrgyzstan has a tall order in front of him as will face the richly experienced Mircea who will be looking to impress in his promotional debut. Abdisalam is back in the Kingdom of Bahrain after a disappointing visit in September when his scheduled fight at BRAVE CF 43 fell through at the last minute. He was matched up against Abdul-Rakhman Makhazhiev back then but his opponent dropped out due to illness.

''Omok'' is riding high after beating Joao Paulo Rodrigues in his BRAVE Combat Federation debut, which took place at BRAVE CF 32, in his home country. He lit the sold-out crowd apart with a near-perfect performance and will hope to repeat the impact, this time behind-closed-doors.

He now has an equally tough challenge to overcome in Valeriu Mircea. The 27-year-old Mircea has already had 32 professional fights, 25 of those being wins. He was on an impressive six-fight win streak before a loss in his last bout and will look to bounce back on the biggest stage of his career.

BRAVE CF 45 takes place in the Kingdom of Bahrain on November 12. In the main event of the evening, Brazil’s jiu-jitsu specialist Gabriel “Fly” Miranda will take on his fellow South American Dumar “Corazón de Leon” Roa, from Colombia. The winner will be in prime position for a title shot at BRAVE CF’s Featherweight world title.