John Brewin On Self-Belief Ahead Of BRAVE CF Return: 'When I sign to fight, I sign to win' 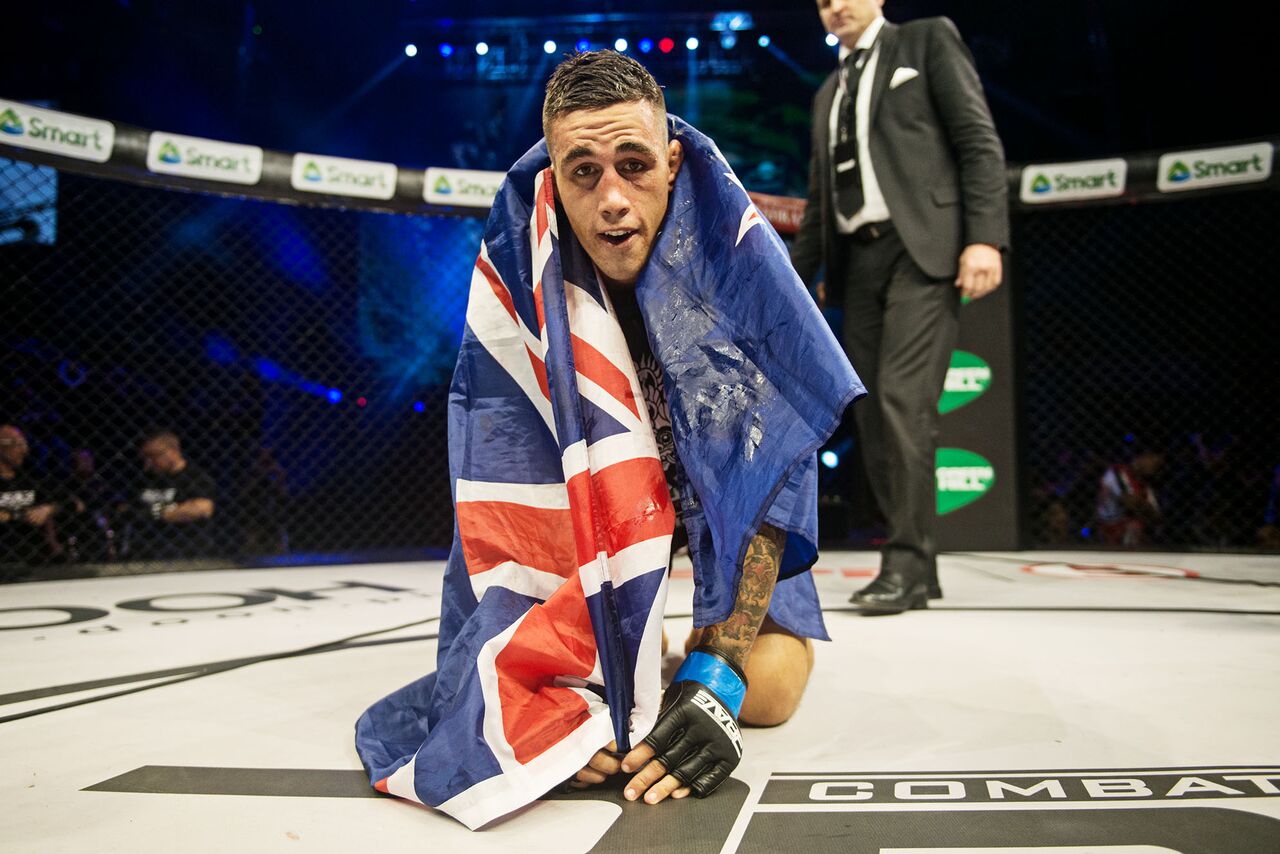 Auckland’s John “Trouble” Brewin has been on a steady rise towards dominating the Lightweight division with outstanding performances throughout his career with BRAVE Combat Federation. His determination, resilience, and confidence has pushed him towards conquering his opponents.

The 26-year-old’s six-win streak echoes throughout the division, with his BRAVE CF 44 opponent Rolando “Dy Incredible” Dy claiming a win against a top prospect such as Brewin should entitle him towards a title shot.

Nonetheless, with a mindset charged towards victory and deeply instilled belief in becoming the next BRAVE CF Lightweight World Champion, it is going to be difficult for Dy to break Brewin’s remarkable streak and put a halt to his climb.

“When I sign to fight, I sign to win,” Brewin says. “I don't sign to say ‘okay I get paid this much and when I win I get paid this much.’ I sign for it all, and I sign up to win, and when the fighter comes into the cage, he isn’t coming in to compete with me, he is coming in to steal from me cause that’s already mine. Whatever was on that contract, that win bonus, that was already mine. I signed up to take it home, so when you step in to even fight me, we’re not even on an even playing field. I’m the winner, you’re the loser and you’re going to try to steal it from me.”

Brewin has been getting ready for fights every single day since he was 5 years old and the warrior mentality has been brewing ever since. Growing up, he was introduced to the intensity, adrenaline, and performance factors of mixed martial arts through taking part in Kapa Haka, a Māori war dance meant to showcase his heritage and cultural Polynesian identity.

Multiculturalism and family devotion are big aspects of Brewin’s life, and incorporating generational values descended from the way his family and ancestors lived and did things is the only semi-religious philosophical ground he truly follows and takes to heart.

A fierce competitor by nature, Brewin’s background as a rugby star drives him towards securing an even higher level of recognition in mixed martial arts. From chasing his dream across the globe, leaving his security behind to pursue mixed martial arts in Bali, Indonesia, Brewin has had his eye and mind focused on getting the belt around his waist.

“I said this when Sam and Amir fought, both those guys jumped on the mic saying I’m going to be the next champ and all that kind of stuff, and I was sitting there saying none of you guys are fighting for the belt until I fight you and you guys won't be fighting for the belt until it is around my waist,” Brewin says. “Those two for sure, they are going to be working for a little while before they get the step, because I’m going to be holding onto that for a little while.”