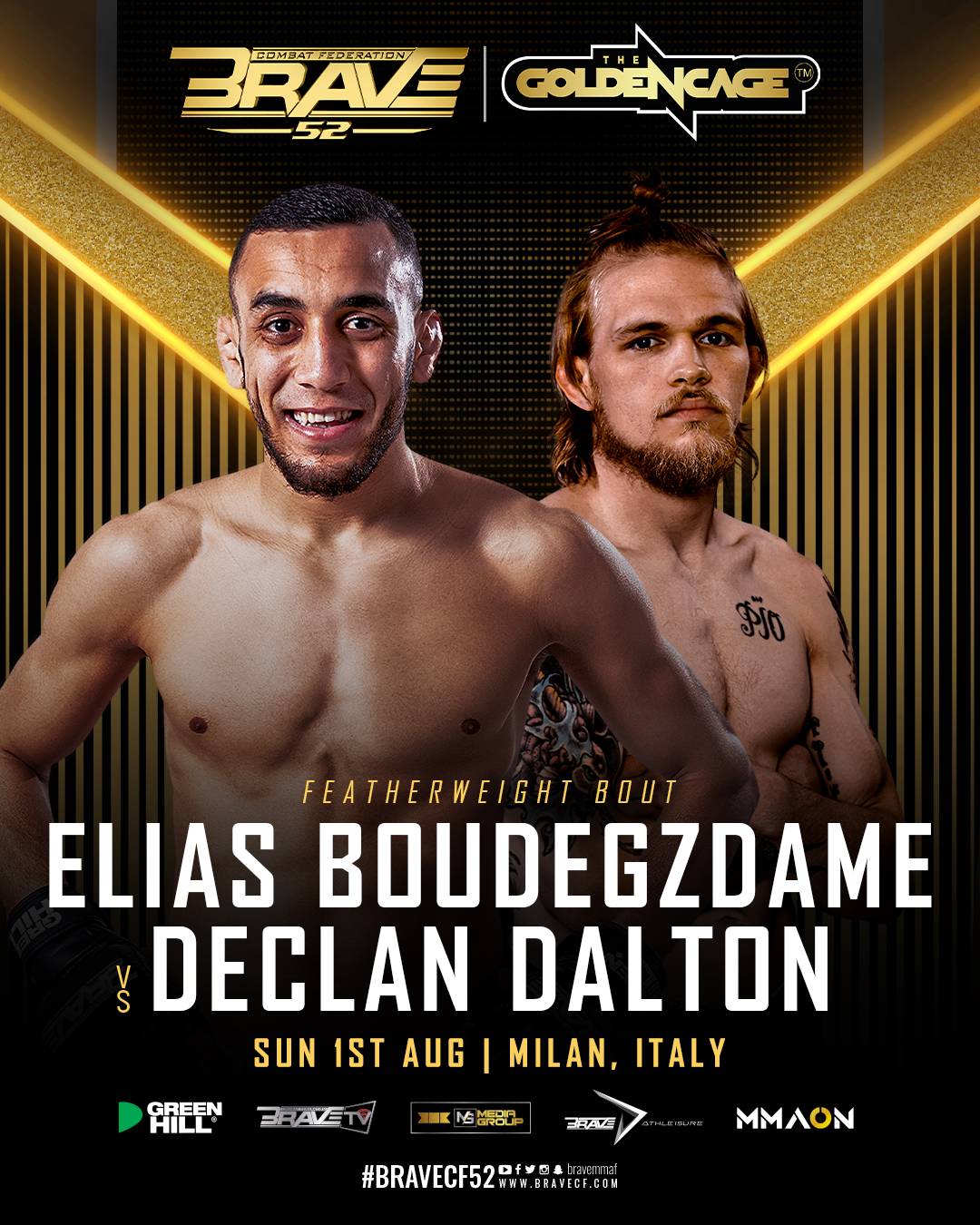 You know the saying: “If at first you don’t succeed… try, try again”. Northern Ireland’s Declan Dalton knows this one by heart and takes it as his biggest motivation walking into the BRAVE CF Arena once again.

Back in 2018, BRAVE Combat Federation, today the biggest MMA promotion in Europe, was making its debut in the continent with an event at Dalton’s home country of Northern Ireland.

Declan, a well-known name in the British MMA scene, took the opportunity and joined the card, taking on USA’s Zach Zane at BRAVE CF 13 in Belfast.

Things didn’t go his way on the occasion, and Dalton ended up submitted late in the second round but the idea of competing on a global stage and under the fastest-growing MMA promotion in the world’s banner never left his mind.

The Diamond, as he’s also known as, made his way back to the local scene and won four of his next five fights, improving his professional record to 11 wins and only five losses.

Dalton then got the call he’d been waiting for so long and signed a multi-fight deal with BRAVE Combat Federation, with his return scheduled to BRAVE CF 52, in Italy.

On August 1st, Declan Dalton will take on BRAVE CF’s very first world champion Elias “Smile” Boudegzdame and The Diamond is ready to make up for the nearly three years of waiting, getting his much wanted win and writing a new victorious story in the organization.