Grabinski, Bogatov and Mineiro among names confirmed for BRAVE CF 51, in Belarus 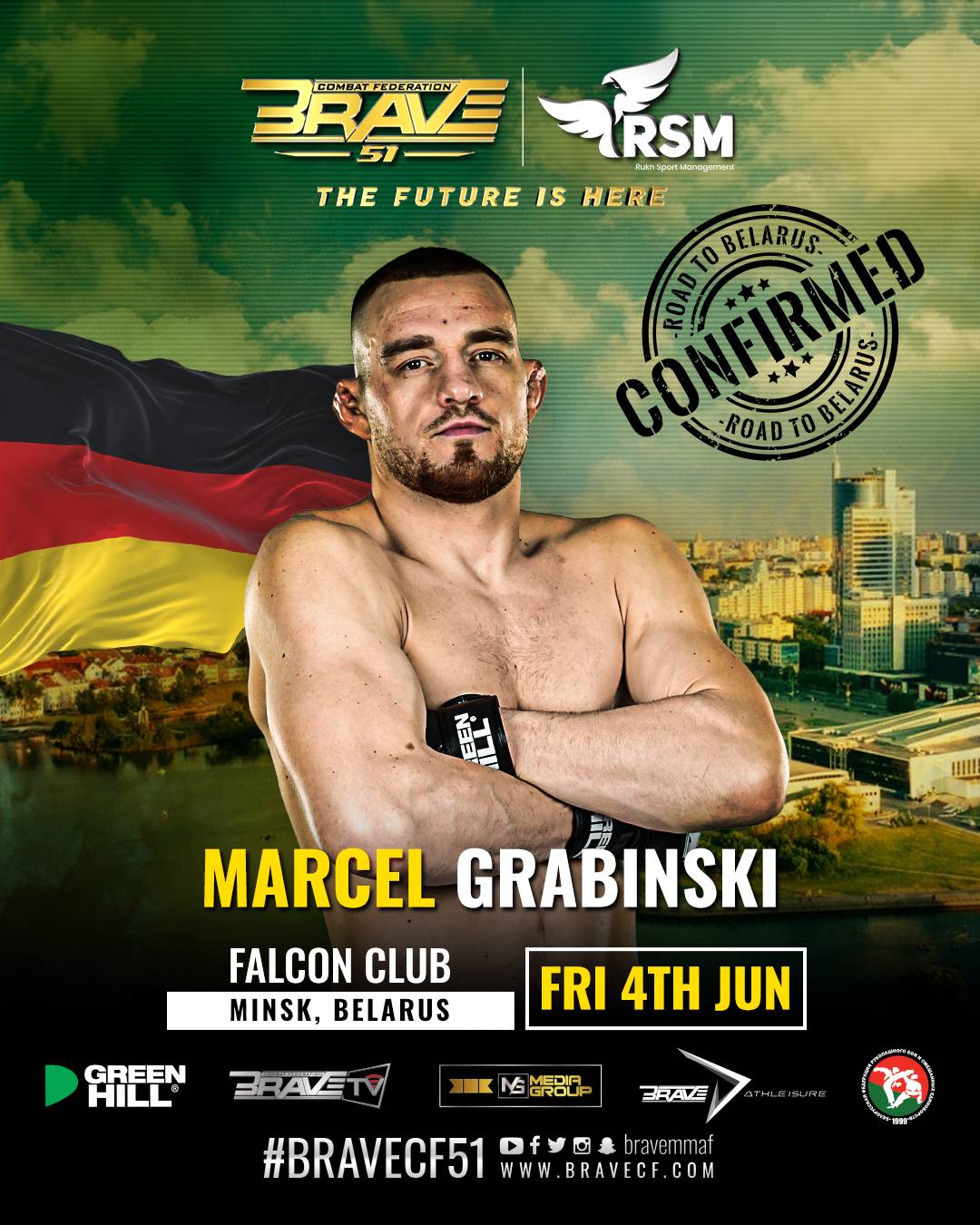 BRAVE Combat Federation will land in Minsk, Belarus, on June 4th, for its 51st show, the first to take place in Belarus. And the historic fight night, which will be hosted in association with Rukh Sports Management (RSM), has had its first fighters announced to take part.

Among the names confirmed, international stars and one local big name have had their names announced with Brazilian Lucas ‘’Mineiro’’ Martins chief amongst them. Known for his ferocious muay thai game, Lucas is a former BRAVE CF Lightweight world champion and is returning to the weight-class that made him a titleholder after going down to Featherweight in his latest outing. 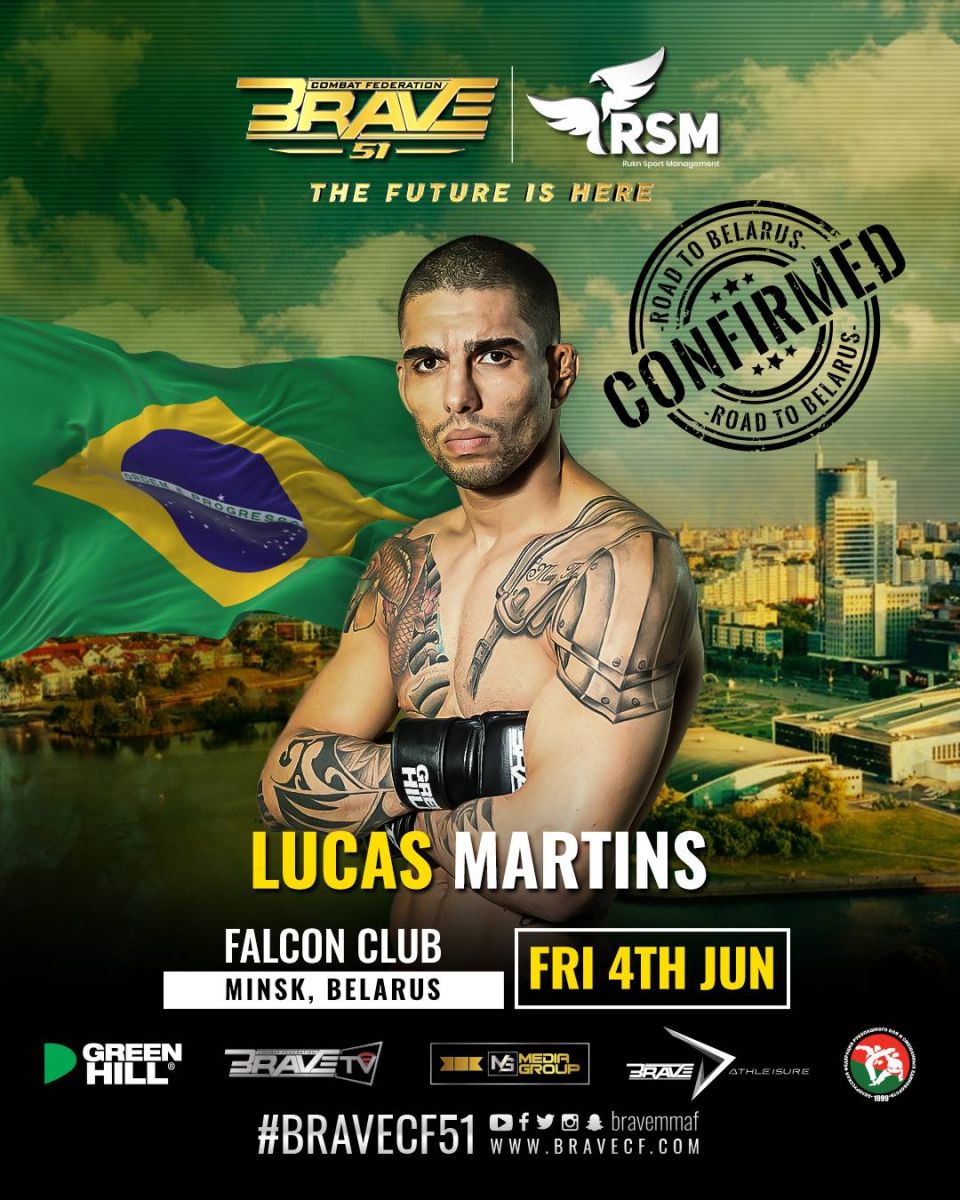 Aside from Martins, local hero Vadim Kutsyi has also been announced as part of the star-studded line-up for BRAVE CF 51: The Future Is Here. The 15-1 Super Welterweight will make his much-anticipated debut for the fastest-growing promotion in the world on home soil against an opponent yet to be named. 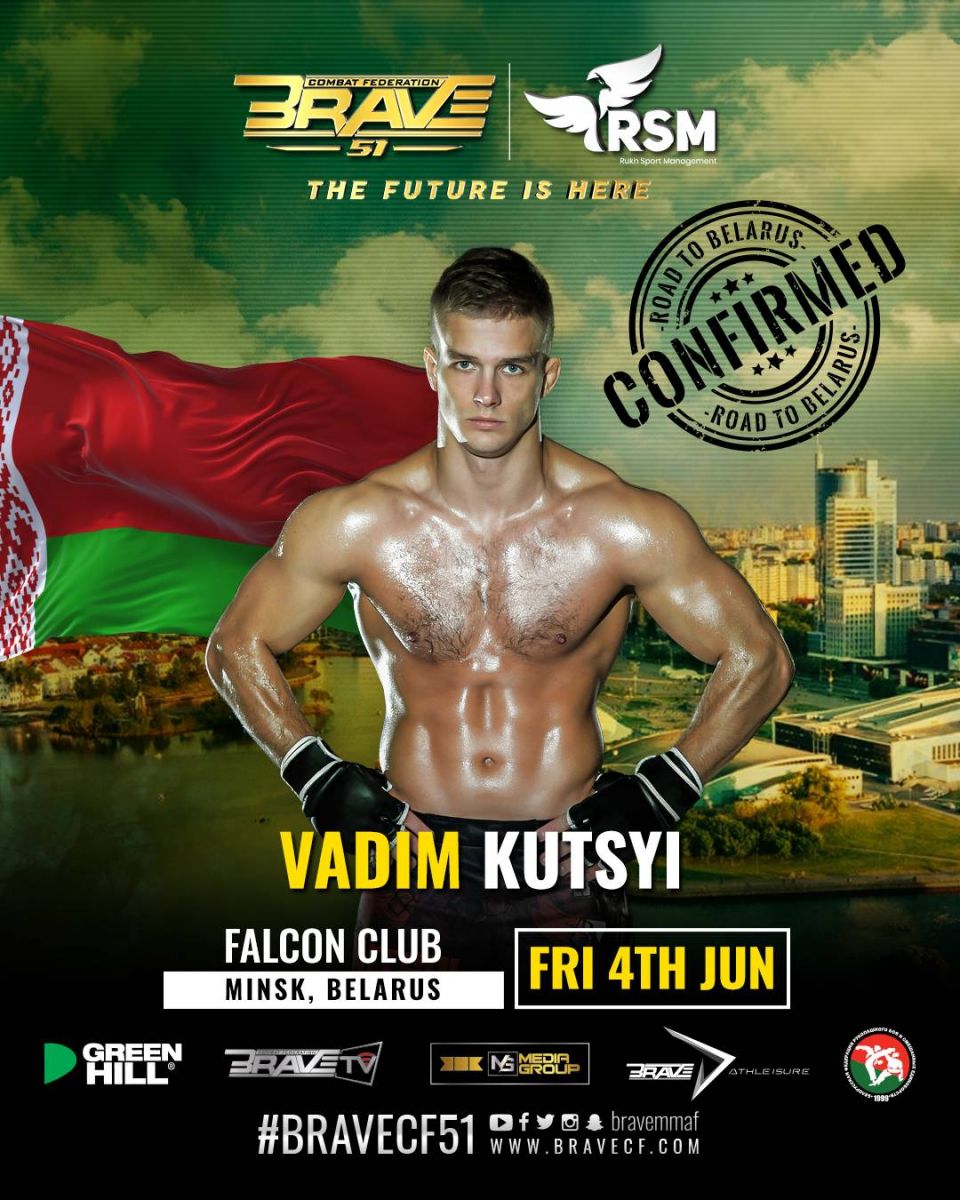 Featherweight sensation Roman Bogatov, from Russia, will look to continue his rise up the ranks after his intense debut victory for BRAVE CF, back in January, in his home country of Russia. At BRAVE CF 46, Bogatov beat a tough Nurzhan Akishev, from Kazakhstan, and now returns to action in Belarus. 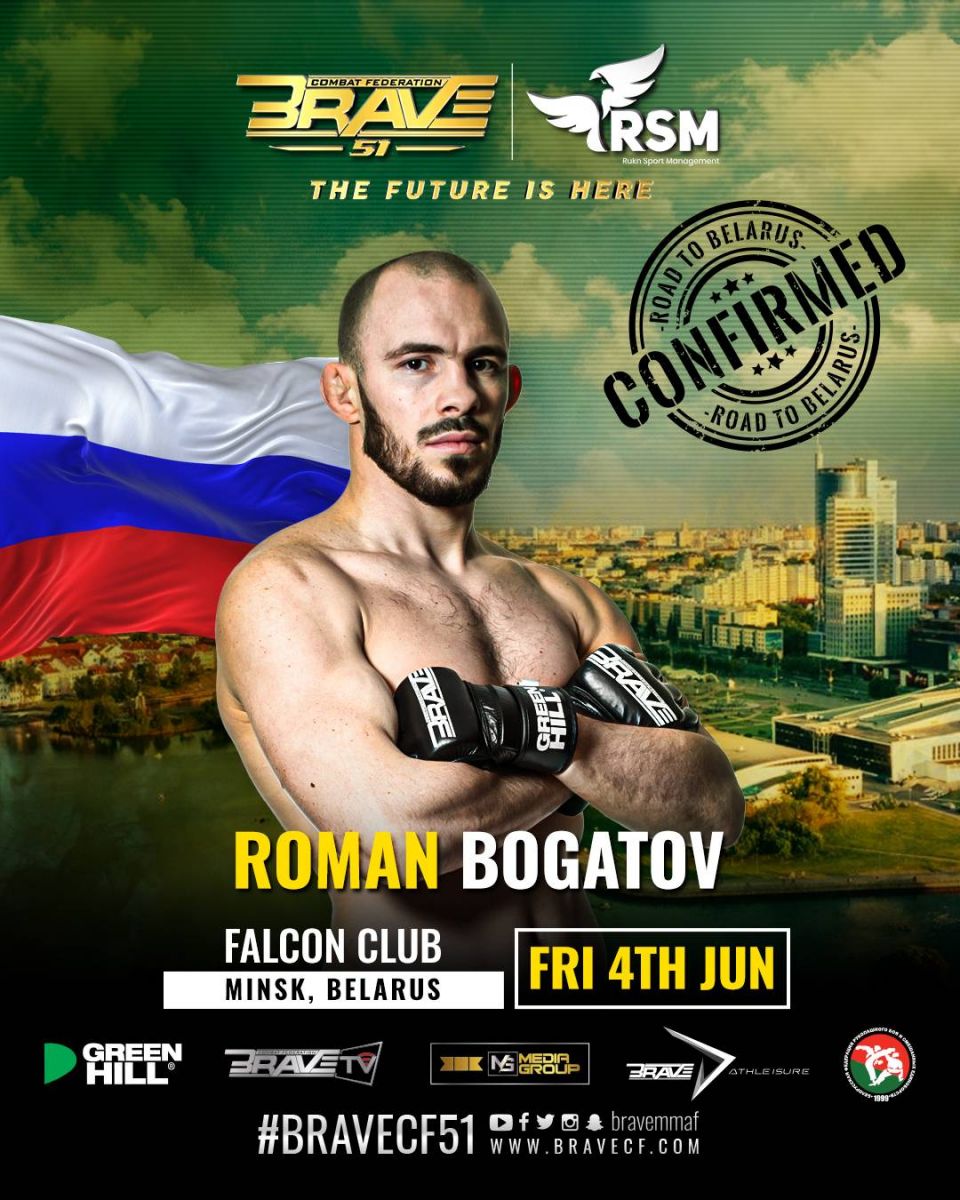 Marcel Grabinski, fresh off an amazing decision win at BRAVE CF 50, will make a swift return to action at BRAVE CF 51. The German-Moroccan sensation improved to 21-6 with his win over Issa Isakov in the beginning of April and is already back on camp for BRAVE CF 51.

On June 4th, Belarus will become the 22nd nation to welcome a BRAVE Combat Federation event, as the fastest-growing organization in the world continues to break new ground and continues to bring international mixed martial arts to territories across the world. Tune in to BRAVE CF's social media profiles (@bravemmaf) to stay updated on the latest announcements for BRAVE CF 51.