From street fights to martial arts: meet "The Predator" 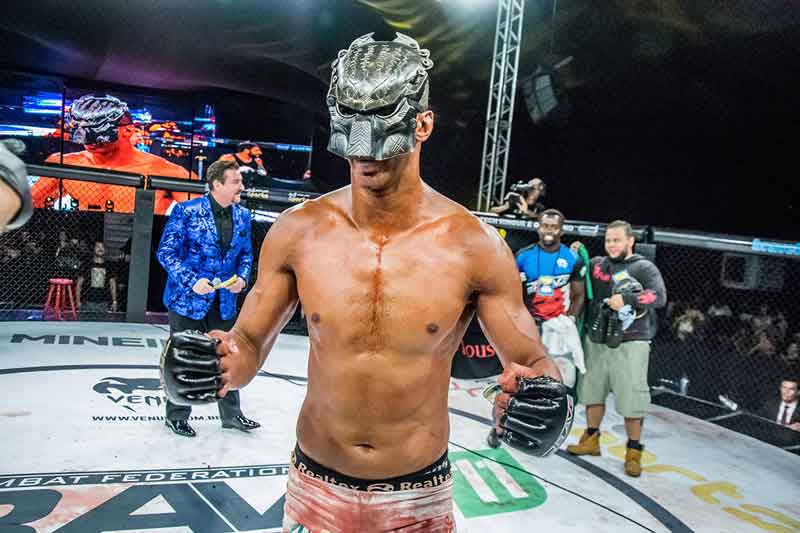 Cleiton Silva is on the verge of history as he looks to become the latest Brazilian to win a world title for BRAVE Combat Federation.

It has been a long and winding road for the Lightweight contender.

Born and raised in Belo Horizonte, he has turned to martial arts in order to save his own life.

Known in his neighborhood for his short temper and a liking for street fighting, Cleiton was always caught in aggressive discussions that often turned into full-blown fights. He was on the verge of being caught for real when his mother and uncle intervened.

They took him to karate lessons, as a last resort.

No one knew what would happen to Cleiton if a proper teaching of martial arts didn't work. Thankfully, it did.

After getting beat up badly in the first few weeks, he kept coming back to the dojo.

And finally, he started to be more responsible, more aware of his own self, and less prone to senseless fighting or brawling.

A new entity was born on the day he felt secure enough to walk away from street fighting: The Predator.

"All the energy I had growing up was wrongly directed at street fighting and brawling. I used to fight every day in and out of school. Martial Arts redirected that energy. It gave me a purpose", says Silva.

When he decided that martial arts wasn't just an outlet, but a calling, things turned sour. He faced resistance from his family and friends.

"They are now my biggest supporters. But that's only because I fight for BRAVE CF. Before that, they didn't want me to fight professionally. They were afraid I couldn't make a living out of it, and it was hard at first. But now they are supportive".

Eveything started to turn for the better when Cleiton moved on from muay thai to mixed martial arts full-time.

While he has ceased with any out-of-cage fighting years ago, his style is a reflection of those times.

He's a stalker of preys. From muay thai to MMA, one thing remained the same, and that's his aggression.

He moves forward, throws strikes and is one of the most aggressive fighters in the BRAVE Combat Federation roster.

His promotional debut was a testament to that. Facing off against Egypt's Ahmed Amir, he moved forward at all times, connected at will, eventually smashing The Butcher's nose.

In the second round, Amir couldn't take any more damage and the fight was waved off.

His white shorts, painted with the blood of his opponent, became one of the most iconic images in BRAVE CF history.

For Cleiton, it was an opportunity to showcase his overall skills. That is why he chose to take the fight to the ground, instead of engaging in a stand-up war with the dangerous Bustos.

His quick submission victory was instrumental in him getting the title shot against reigning champion Luan "Miau" Santiago, the opportunity of a lifetime.

It's a monumental challenge for Silva, but one he is relishing to take on. He will fight in front of his family, friends, and fans. The same ones that didn't initially believed in him, but are now his biggest supporters.

"It is time to show them why I chose MMA. It's time to become a world champion".