Forget her looks and shy personality, Luana Pinheiro is all about martial arts 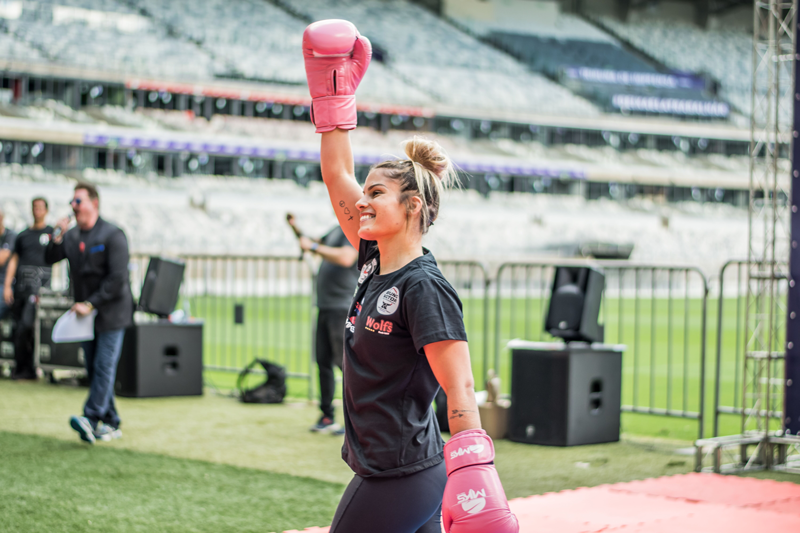 A decorated judo representative, with the looks and skills to become a phenom, Luana Pinheiro wasn't having enough fun on the mats.

She wanted the accolades, the adrenaline and the rush of fighting mixed martial arts, and she ran with the opportunity of changing the gi to the 4oz gloves.

After not qualifying for the Olympic Games in her home country, back in 2016, Luana made the definitive move to mixed martial arts, which would turn her life upside down.

A shock move for someone who's described as having a "shy personality", but something she's learning to embrace.

From throws to takedowns, from holds to punches, knees, and kicks, Pinheiro has forged a reputation in MMA that's completely separated from her judo days.

A South-American and Brazilian champion in judo, she has developed into one of the hottest prospects at Strawweight before signing officially with BRAVE Combat Federation. But the road to BRAVE CF wasn't without bumps. Her family wasn't keen on seeing her transitioning to MMA. Her father, in particular, was adamant she wouldn't adapt to absorbing punches, kicks, and knees.

Her answer came in the first few fights of her career and her discipline in training.

Even in her lone defeat, Luana showed she could take a punch and wasn't worried about the scars and scratches that could damage her good looks.

After amassing four victories and one loss, Luana signed on to make her debut in the only truly global promotion. She faced off against Elaine "Pantera" Leal in her adopted hometown of Belo Horizonte, back at BRAVE 11, in April of last year.

Her judo days have made her focus on the ground game. The development of her jiu-jitsu has been aided by the help of fellow BRAVE CF fighter Matheus Nicolau, her boyfriend, and training partner.

Together, they live a life dedicated to martial arts, training in the same gym, and even sparring or rolling during drills. When they go back home, MMA often comes back and they discuss the sport, their goals, and next fights.

It was that focus on jiu-jitsu that helped her beat "Pantera". In the very first round of their bout, she quickly got the fight to the ground, and locked in a guillotine choke from mount, making Elaine tap.

Luana was one of the biggest talking points of a historic card. She was ready to take on bigger challenges and was matched up with Italian sensation Micol di Segni on BRAVE 20, in India.

It would be her first international fight. However, she broke her hand during training and was forced to postpone the dream of fighting abroad.

She will finally fulfill her dream at BRAVE 26, when she takes on Yasmeli Araque, from Venezuela. The fight card takes place in Bogota, Colombia, and Luana will have the chance to shine in front of a global audience once again.

One step at a time, Pinheiro is finally winning the plaudits she always thought she deserved.