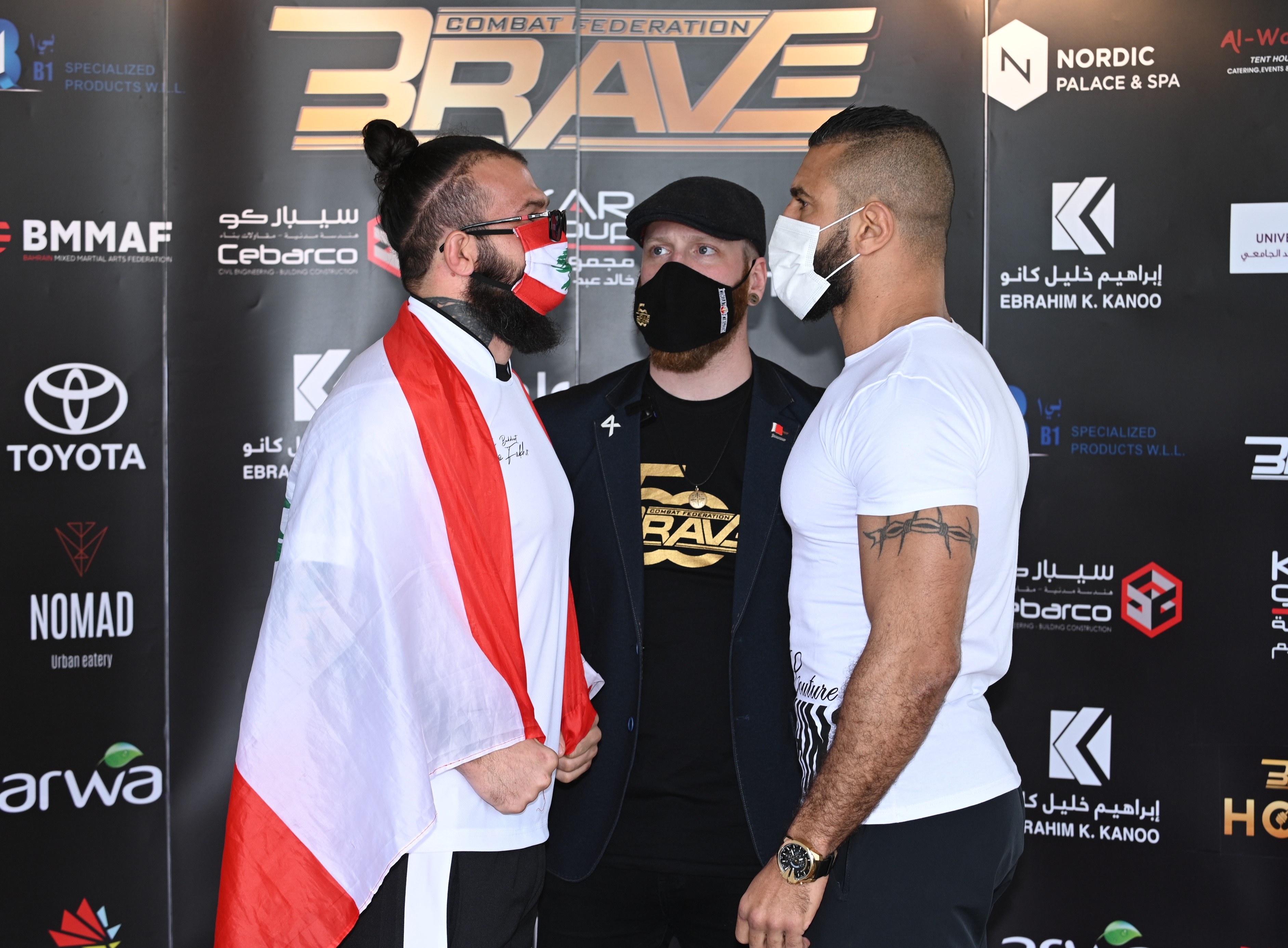 The current BRAVE CF Middleweight World Champion Mohammad Fakhreddine has a dream of becoming the first-ever Middle Eastern two-division champion, and the first BRAVE CF double champion in the history of the promotion. However, the Algerian warrior Mohammed Said Maalem is doing everything in his power to stand in the way of Fakhreddine’s dream.

The two BRAVE CF fighters went at it during their virtual face-offs ahead of their Light Heavyweight World Champions title fight at BRAVE CF 50 in the Kingdom of Bahrain.

Plenty of fire erupted after Fakhreddine mocked Maalem’s wrestling skills, and underestimating his fighting skills claiming he has fought tougher, bigger, and more experienced fighters during his participation in the Open Weight Tournament, and bringing up Maalem’s fight with Todd Stout and questioning his conditioning.

Maalem, who started off the conversation reserved, did not hold back after being hit with those assumptions and began taking shots at the current Middleweight World Champion dreams of being the first-ever Middle Eastern world champion saying that “Dreaming is free, and [Fakhreddine] can dream, but dreaming does not make your wishes into a reality.”

He mocked Fakhreddine’s chances of becoming the first BRAVE CF double weight champion in history, and calls him out for choosing him as an opponent. Maalem claims Fakhreddine chose him as an opponent cause he considers him an easy win, but these assumptions will lead to the champions demise.

Maalem took it as far as telling Fakhreddine he would take a photo of himself weighing himself the morning of the fight so that Fakhreddine does not claim his opponent was too heavy for him. He also fired back at Fakhreddine taunting him and told Fakhreddine, “You aren’t Khabib or Mike Tyson.”

Fakhreddine on the other hand stayed true to his provocative nature, committed to his dreams and striking to his claim that he has fought tougher, and bigger guys and he is not the slightest bit worried about not making history. However, his underestimation of Maalem’s wrestling skills may lead to his demise.

Mohammed Fakhreddine will be facing Mohamed Said Maalem in a BRAVE CF Light Heavyweight World Champion Title bout on April 1st at 5:30 PM (GMT+3) in the Kingdom of Bahrain. Fans can tune in to the fight live and free on BRAVE CF TV.