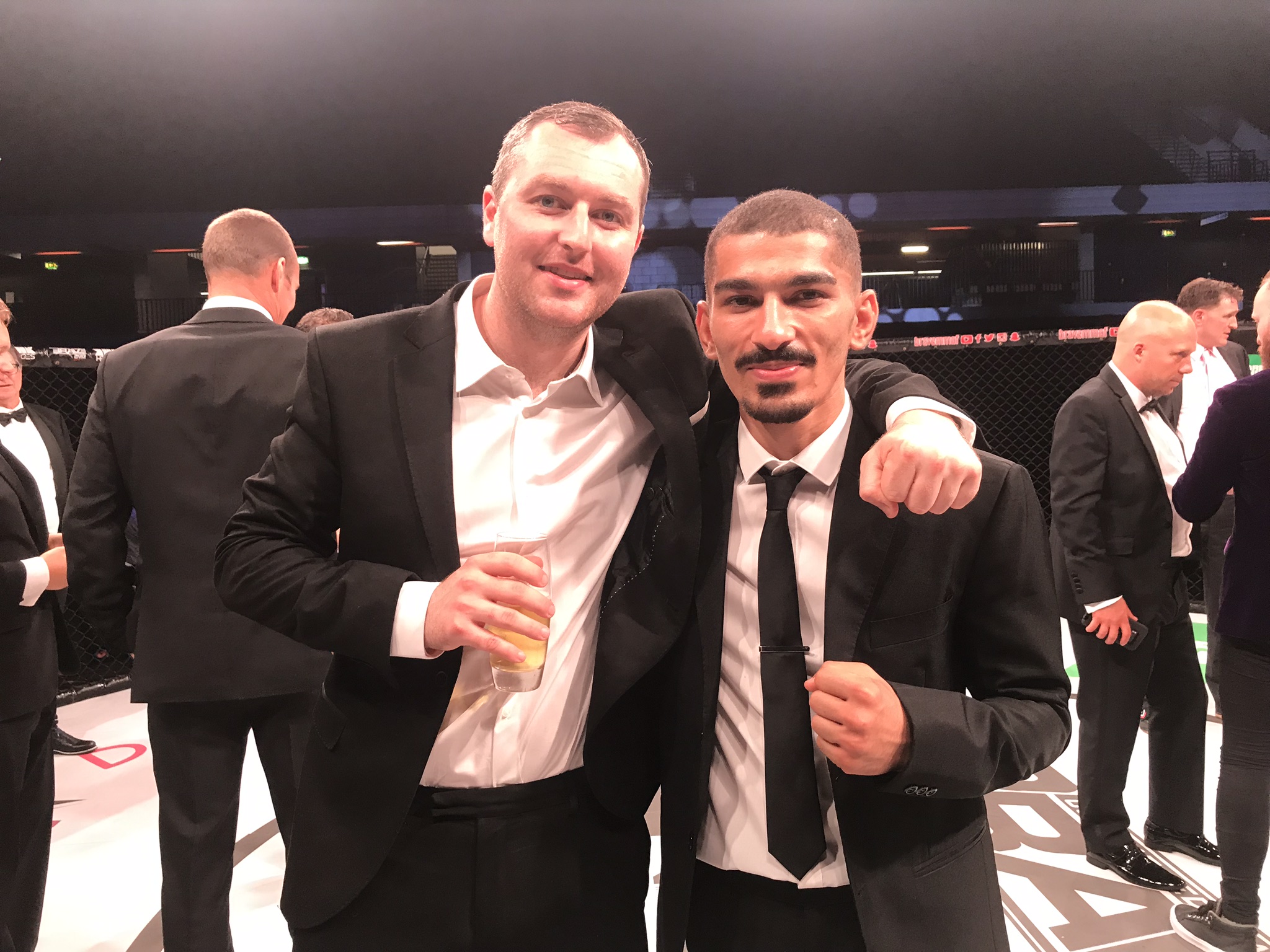 BRAVE 24: London was the meeting point of several celebrities, influencers, businessmen, and politicians as BRAVE Combat Federation looked to connect the highest level of VIP personalities to MMA. But one lucky fan was able to get an official invite to the exclusive show and made the most of the experience. David Clarke, an Irishman from Dublin, won the BRAVE CF VIP Experience and went to London with all expenses paid to watch BRAVE 24.

The 27-year-old Dubliner wasn’t thrilled to watch his favorite BRAVE CF fighter Cian Cowley succumb to a second-round KO at the hands of Maciej Gierszewski. But apart from that, the night was an unforgettable one for David.

Clarke has followed BRAVE since last year when the fastest-rising MMA organization in the world held a show in Belfast, Northern Ireland, that featured some of his favorite athletes, including Cowley. At BRAVE 13: Europe Evolution, “The Warrior” made his promotional debut, beating Daniel Olejniczak by first-round TKO, and David has watched intently the promotion progress over the last months.