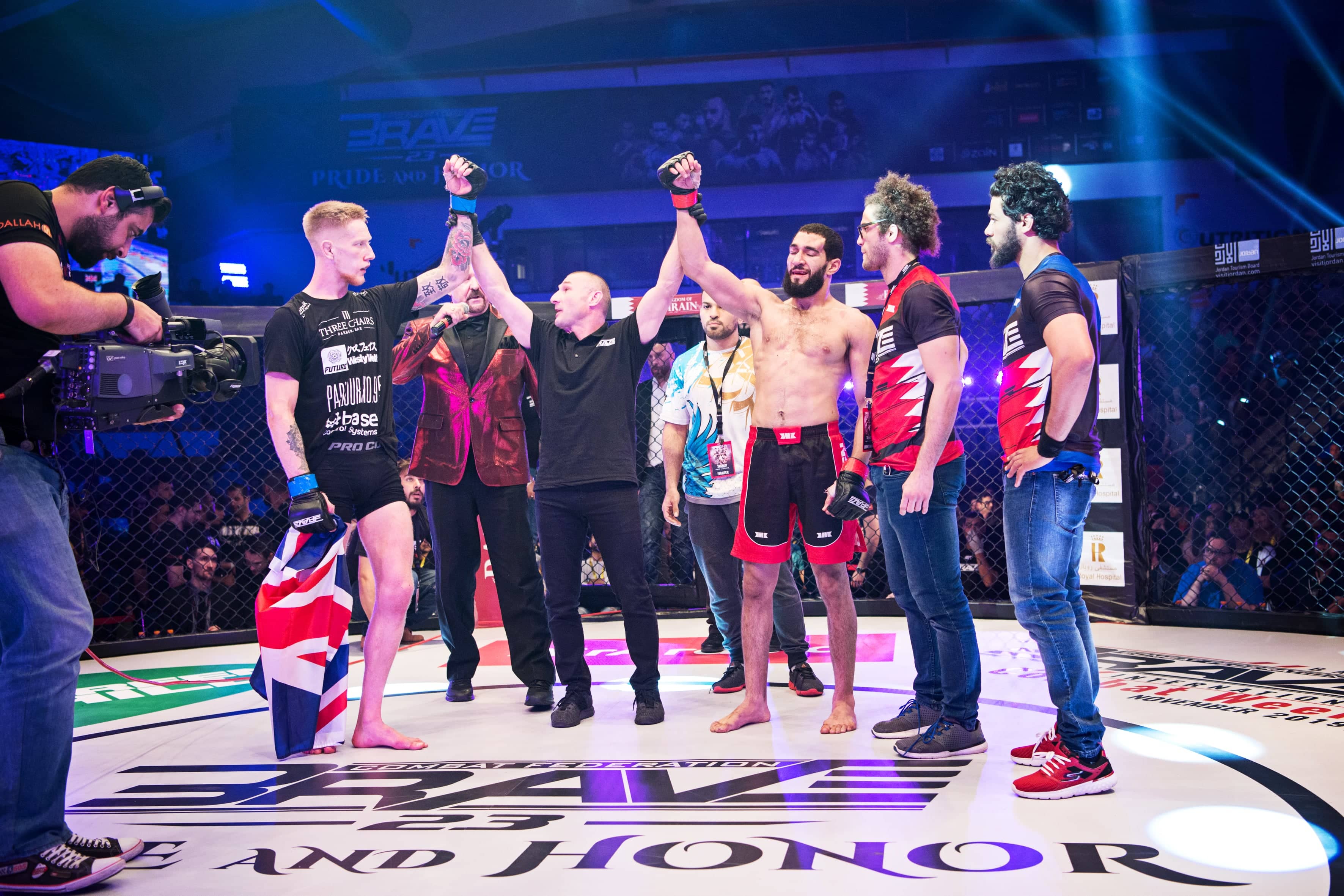 Riding a tremendous seven-fight win streak, Sam ‘’The Future’’ Patterson has ambitious plans for the new year. He believes he’s next in line for newly-minted BRAVE CF Lightweight champion Ahmed Amir and has called out the titleholder for a rematch, with the belt on the line this time.

Through his Instagram account, Patterson used a picture of their fight to propose a rematch, which would take place between March and April, in an ideal world fo

BRAVE CF and the IMMAF have been working together fostering the development of the sport since day one, in a partnership that has included the biggest world champio

BRAVE Combat Federation held its final card of 2021 this Saturday (Dec 18), in Belgrade, Serbia. In 9 fights, BRAVE CF 56 delivered memorable moments, including huge finishes and a handful of upsets.
In the main event of the evening, Rolando Dy managed to deny most of Slobodan Maksimovic’s takedown attempts, which were his main concerns beforehand. But the hometown hero proved he still had a few tricks up his sleeve and ended up being the superi
Read More

Out of 10 nations represented at BRAVE CF 56, Saudi Arabia’s Abdullah Al-Qahtani made a massive statement during his return to the BRAVE Combat Federation cage set in Belgrade, Serbia this December 18th.

After two years of inactivity, Abdullah Al-Qahtani squared off against Serbia’s Nejc Preložnik in a Featherweight bout at BRAVE CF's last event of the year and was able to raise the Saudi Arabian flag high as he was named the victor of the bout.

The stage is set for BRAVE Combat Federation’s year-end extravaganza and its first venture on Serbian soil this weekend as all the 18 protagonists scheduled to compete on the card made weight during the official weigh-ins on Friday, December 17.

The state-of-the-art Belexpocentar in Belgrade, Serbia will play host to the much-awaited BRAVE CF 56 on Saturday, December 18, and it is headlined by a pivotal lightweight encounter between Filipino mixed martial arts star R

Mixed Martial Arts is a tough task in itself, with multiple disciplines to be mastered, the amount of mental strength and the level of fitness and athleticism required to compete professionally. In addition to all the challenges already included in the sport itself, Rolando Dy faced a highly-demanding undertaking in the days prior to his BRAVE CF 56 main event fight against Slobodan Maksimovic.

Due to recent changes in protocols for travelers arriving in Serbia, Dy, who&rs