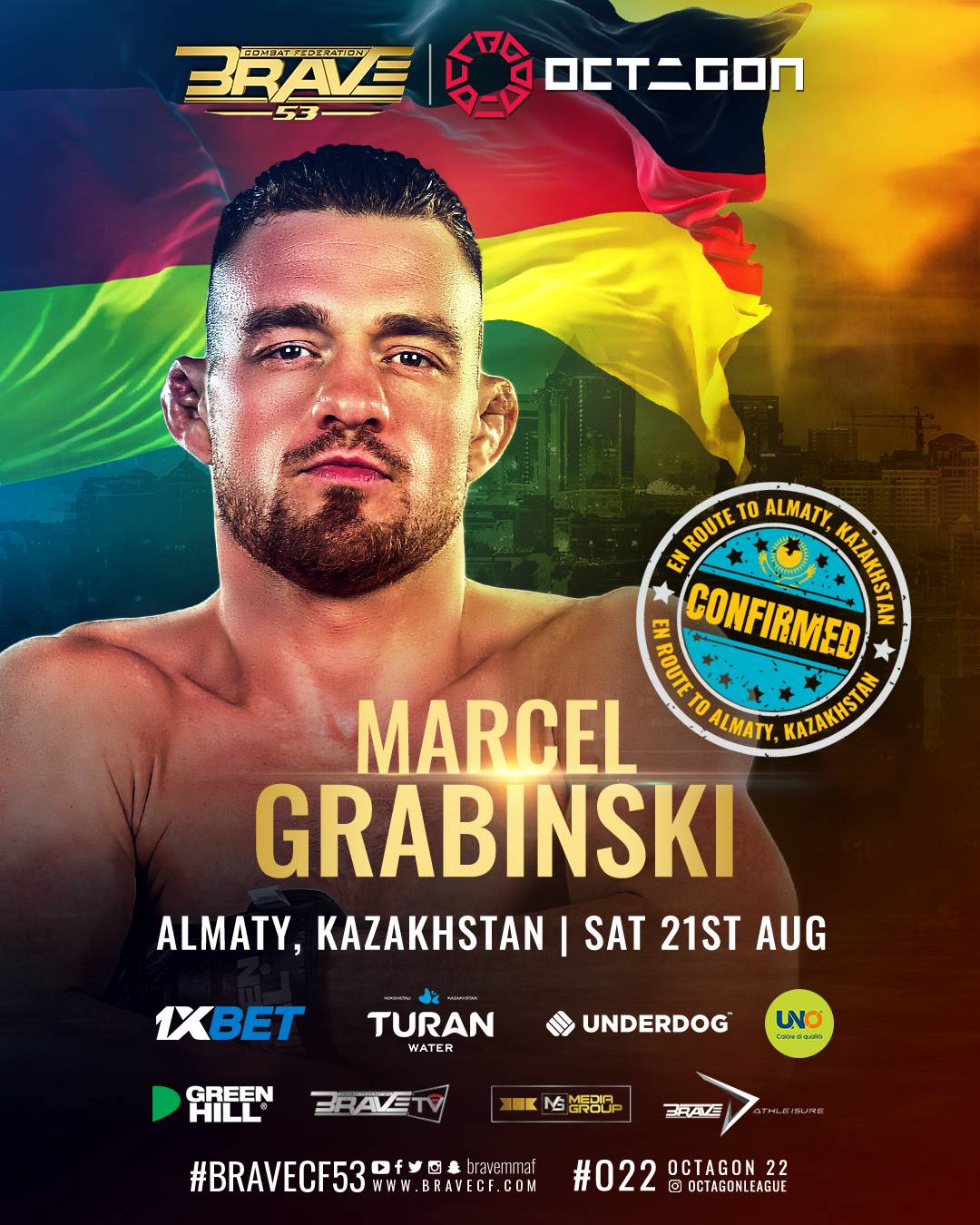 BRAVE Combat Federation’s second trip to Kazakhstan had very interesting fighters confirmed for action. BRAVE CF 53, which takes place on August 21st, in Almaty, in association with Octagon League, will serve as the return place for the likes of Brad Katona, Marcel Grabinski, and Bair Shtepin. They will join the previously announced Tae Kyun Kim, Flavio Queiroz, and former champion Lucas ‘’Mineiro’’.

Canadian top Bantamweight Brad Katona impressed in his promotional debut back at BRAVE CF 50 when he finished previously undefeated Borislav Nikolic with a guillotine choke. After asking for a title shot after the victory, Katona will have another opportunity to make his claim, this time at BRAVE CF 53.

Another top fighter in search of a second promotional win is Marcel Grabinski. As is the case with Katona, the German bulldozer impressed in his debut for BRAVE CF at BRAVE CF 50, and was scheduled to fight in the main event of BRAVE CF 51 against Lucas ‘’Mineiro’’. However, he fell ill in the minutes leading up to the fight and was forced to pull out at the last minute.

BRAVE CF 53 will also witness the return of Bair Shtepin, a top Bantamweight, who had two major fights in the promotion, beating Gerson Pereira in his debut and losing a close decision to Alexander Keshtov.

BRAVE CF 53 will mark the return of the fastest-growing MMA organization in the world to Central Asia, a market with tremendous potential in mixed martial arts, as BRAVE Combat Federation continues to invest in the region.