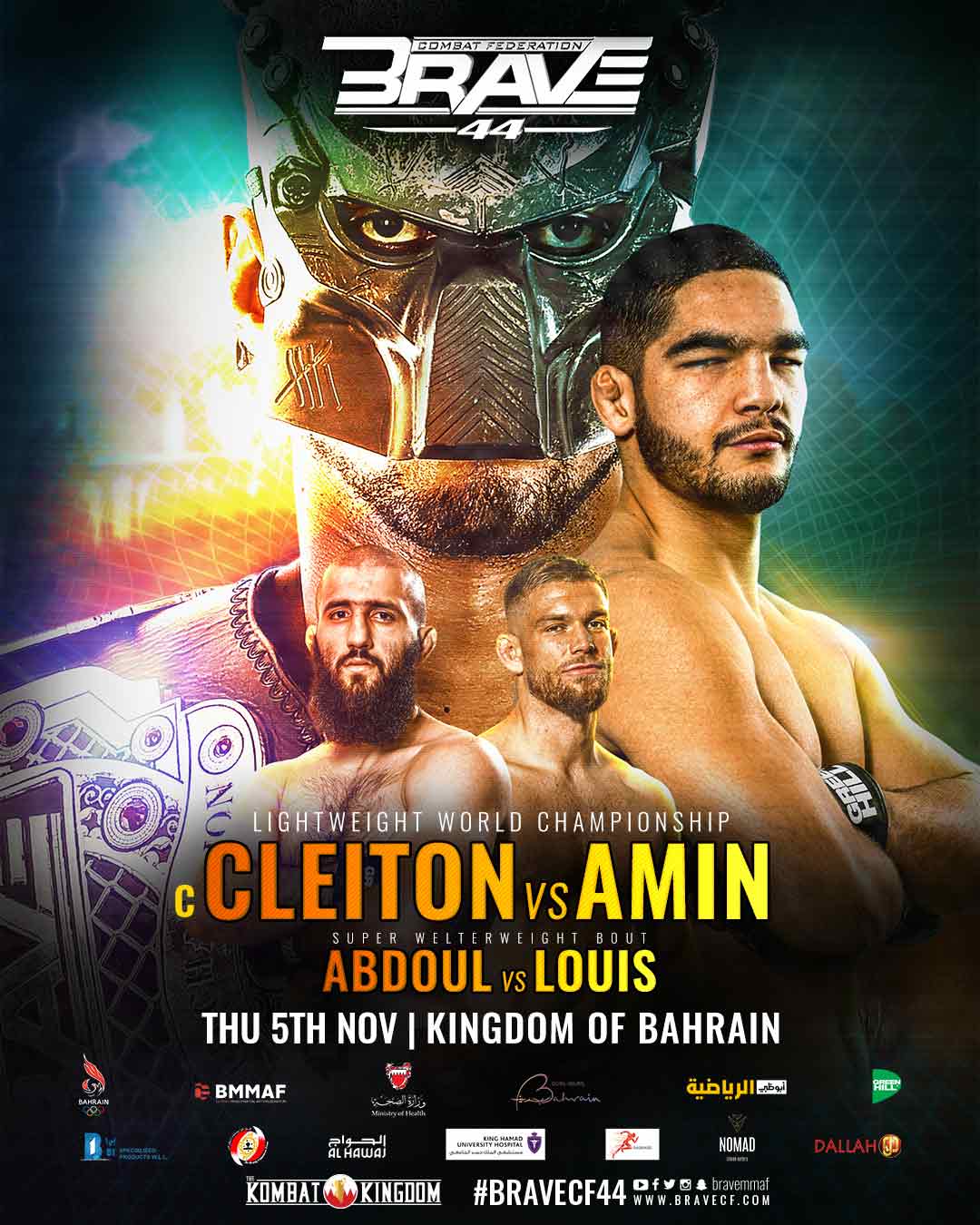 It is no secret by now that BRAVE CF title contender Amin Ayoub keeps a photo of Lightweight World champ Cleiton Silva in his room. Although Amin claims he hung the photo to keep him focused on his next challenge as the champion is his next opponent, Silva on the other hand finds it hilarious.

According to 'The Predator', Amin is trying to be a founding member of his fan club in France. The champion also laughed off the attempt by Amin to trash talk him, and said he would send a signed photo to his foe after beating him at BRAVE CF 44, which takes place on November 5th, in the Kingdom of Bahrain.

‘’He’s my fan! (laughs). I think Amin is trying to be a founding member of my fan club in France." he quipped. The champion further promised he would take a photo for Amin, after he beats him in the cage."I’ll help him out then. After I beat him badly, which I will, I’ll take another photo of me and the belt, and sign it for him, so he can keep it in his room and remember I beat him very badly’’.

The ridicule did not stop there as he called his opponent a "weird fighter" with underwhelming skills. ''He's a weird fighter. He's not very good at anything. The plan is to hurt him, and hurt him real bad. That's what I'm going to do. I'm going to walk forward and try to finish at all times''.

Silva is one of the most dominant fighters in the world. Undefeated inside the BRAVE CF Arena, Cleiton has finished all three of his opponents, two of them inside the very first round, including the title-winning submission over Luan “Miau” Santiago.

With a professional record of 15 wins and only two losses, he does not like to leave it to the judges, with more than two thirds of his professional bouts ending via stoppage. He will be hoping to repeat more of the same in his bout against Amin.