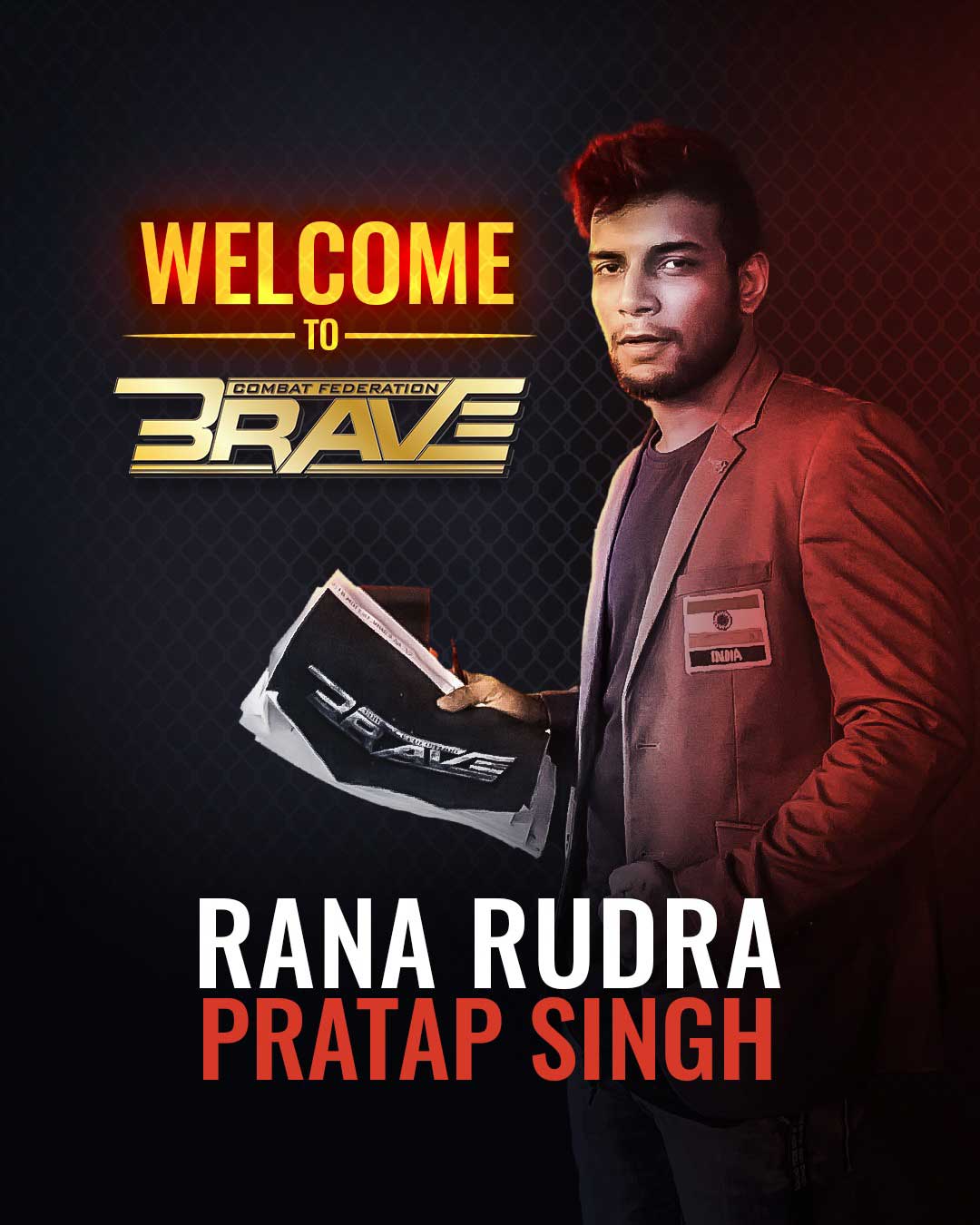 BRAVE CF has been busy beefing up its roster in recent months, and the flyweight and bantamweight divisions in particular have received notable additions. Now the promotion's Bantamweights will have another potential star to contend with as undefeated Indian fighter Rana Rudra Pratap Singh has signed with the fastest-growing promotion in the world.

A patriotic fighter who wears his heart on his sleeve, Rana is keen to take India to the top by taking home the Bantamweight world title. However, he sees his first challenge to be to fight someone from India's neighboring country Pakistan.

"I hope that my first fight with BRAVE CF can be an India vs Pakistan fight and I hope that this fight becomes big in both India and Pakistan. I am interested in fighting Mehmosh Raza because he is one of the top fighters from Pakistan at the moment."

After a successful professional debut in 2018, Singh went on a rampage, collecting nine more straight wins, giving him a record of 10-0-0. Impressively, he has finished all of his fights. All of his wins except for one came in the very first round. He is coming off a victory against Korean Seung Hyun Cho, and will look to start his BRAVE CF journey on the right foot with yet another raised hand on his resume.

Rana is a highly-skilled grappler, 9 of his 10 opponents were submitted by him. He fully intends on moving his spectacular momentum to BRAVE CF and find his way to the title.

"My main goal is with the Bantamweight title of BRAVE CF. If everything goes well, I can get there by the end of 2021."