BRAVE Combat Federation is set to take over Russia once again, this time with an epic main event between two of the best Flyweights in the world. At BRAVE CF 55, Ali Bagautinov meets Jose Torres in a bout that will decide the second finalist of the Flyweight tournament. And the Russia vs USA rivalry between them has found its way to the official poster that was released by the organization.

Both Bagautinov and Torres are seen with the colors of the Russia and United States flag, respectively, with attention also paid to two other huge bouts for the fight card - the co-main event between Artur Sviridov and Ibrahim Mane and the Lightweight duel opposing Sam Patterson and Kamil Magomedov.

Bagautinov and Torres will fight it out for the right to advance to the final of the biggest tournament in Flyweight history. The winner of the GP will become the BRAVE CF inaugural Flyweight champion of the world.

Sambo world champion Velimurad Alkhasov, who is coming off wins against Flavio Queiroz (quarter-final) and Zach Makovsky (semi-final), is waiting for either ‘’Puncher King’’ or ‘’Shorty’’ for the final.

Ali ‘’Puncher King’’ Bagautinov was a late addition to the tournament and won his spot by beating Oleg Lichkovakha at BRAVE CF 46. He then defeated Dustin Ortiz to earn a semi-final place.

Meanwhile, Jose ‘’Shorty’’ Torres started out his road to the semi-final with a draw against Sean Santella. However, before the two rematched at BRAVE CF 49, Santella was forced to pull out. He then had to go through a last-minute opponent in Blaine O’Driscoll, beating the Irishman by decision to earn his own spot in the final four.

BRAVE CF 55 takes place in Rostov-On-Don, on November 6th, in association with leading local promotion PRO FC. It will be the second time in 2021 that BRAVE Combat Federation hosts a show in Russia after the rousing success of BRAVE CF 46, back in January. 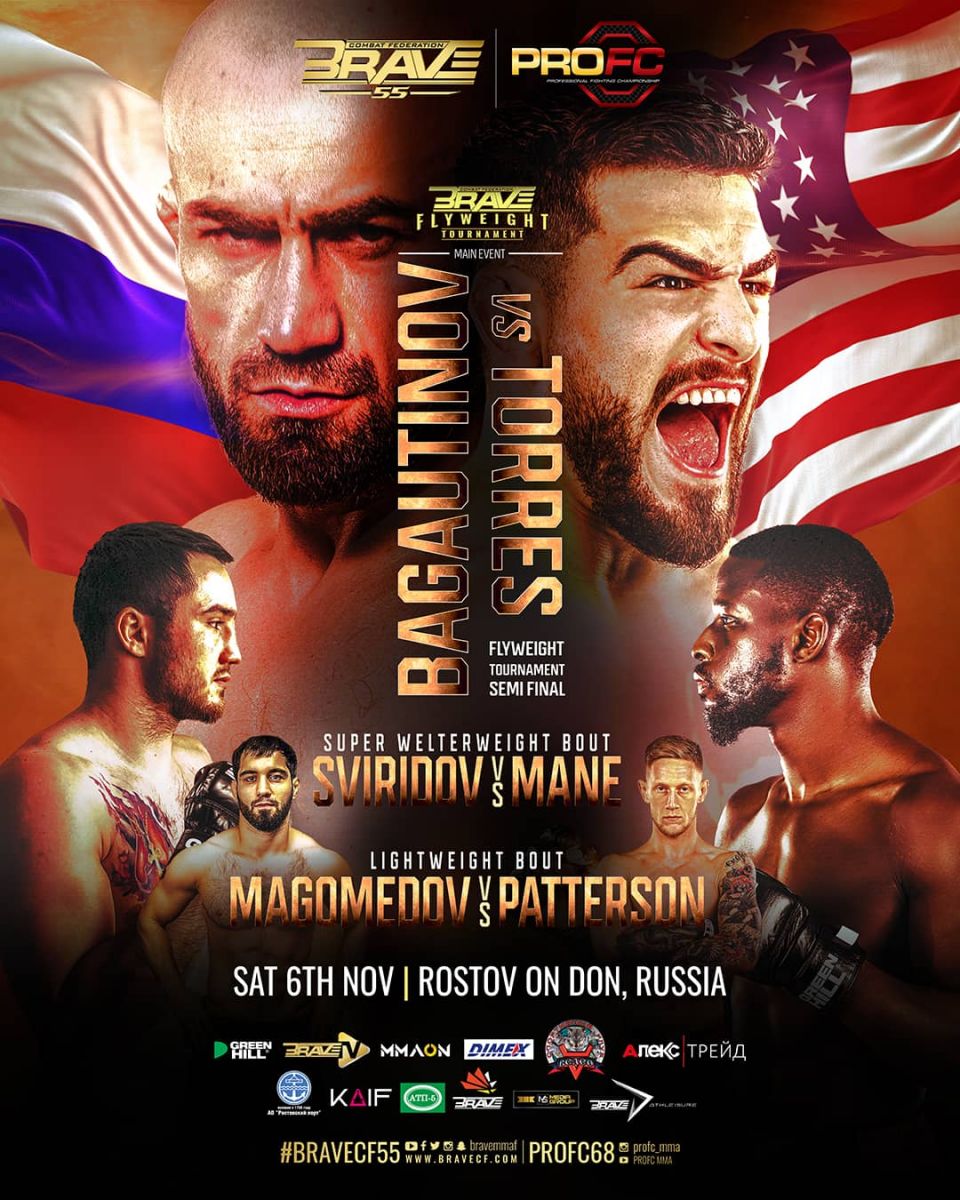