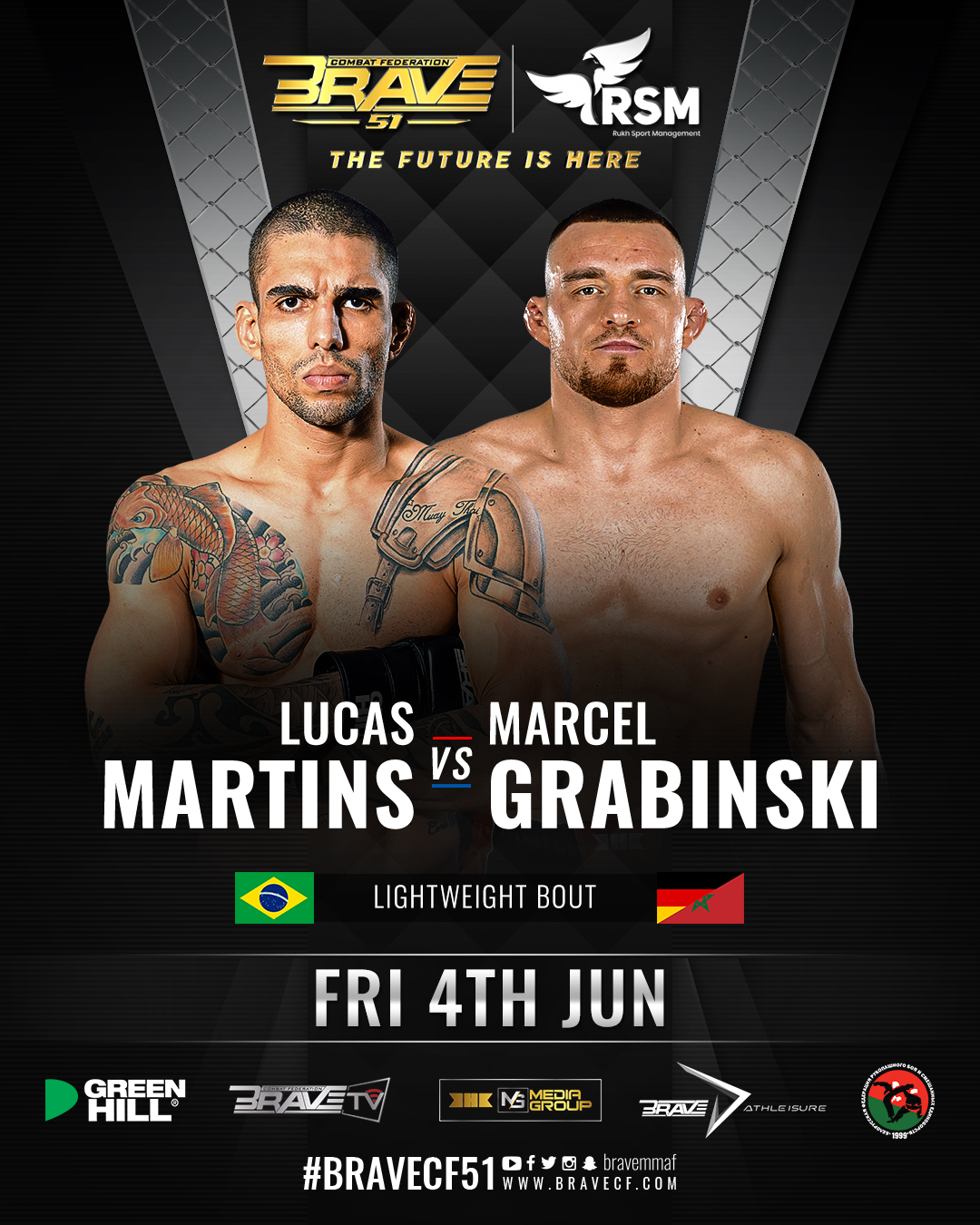 The inaugural fight night for BRAVE Combat Federation in the country of Belarus, scheduled for June 4th in Minsk, has its main event. The truly global MMA promotion has announced that German rising star Marcel Grabinski will take on Brazilian veteran Lucas “Mineiro” Martins in what promises to be a pivotal clash in the Lightweight division.

An up-and-coming star in the global scene, the 29-year-old Grabinski made waves in his native Germany before making his international transition. He has dominated the European scene in recent years, holding a professional record of 21 wins and only six losses. Grabinski, who fights out of Dusseldorf, has a staggering 71% finish-ratio, with 15 of his wins coming via knockout or submission.

Ready to take over the Lightweight division, Grabinski knows that fighting a former world champion is a once-in-a-lifetime opportunity to cement his position as a top contender. He is looking for his second straight BRAVE CF win after a victorious debut against Issa Isakov (at Super Lightweight) in the historic BRAVE CF 50 fight card on April 1st.

Across the cage, though, he will have the opposition of none other than former BRAVE CF Lightweight world champion and former BRAVE CF Featherweight title challenger Lucas “Mineiro” Martins.

One of the biggest names inside the BRAVE CF roster, Mineiro boasts a professional record of 20 wins and only 5 losses, with an 85% finish-ratio, 12 KOs or TKOs and 5 submissions.

Mineiro is eager to bounce back from two consecutive title fight losses and expects that a convincing victory over one of the most prominent BRAVE CF newcomers will put him in the spotlight once again.

BRAVE CF 51 will mark the first visit of the fastest-growing MMA promotion in the world to Belarus, the 22nd nation to host a BRAVE Combat Federation fight night and is hosted in association with Rukh Sports Management (RSM).