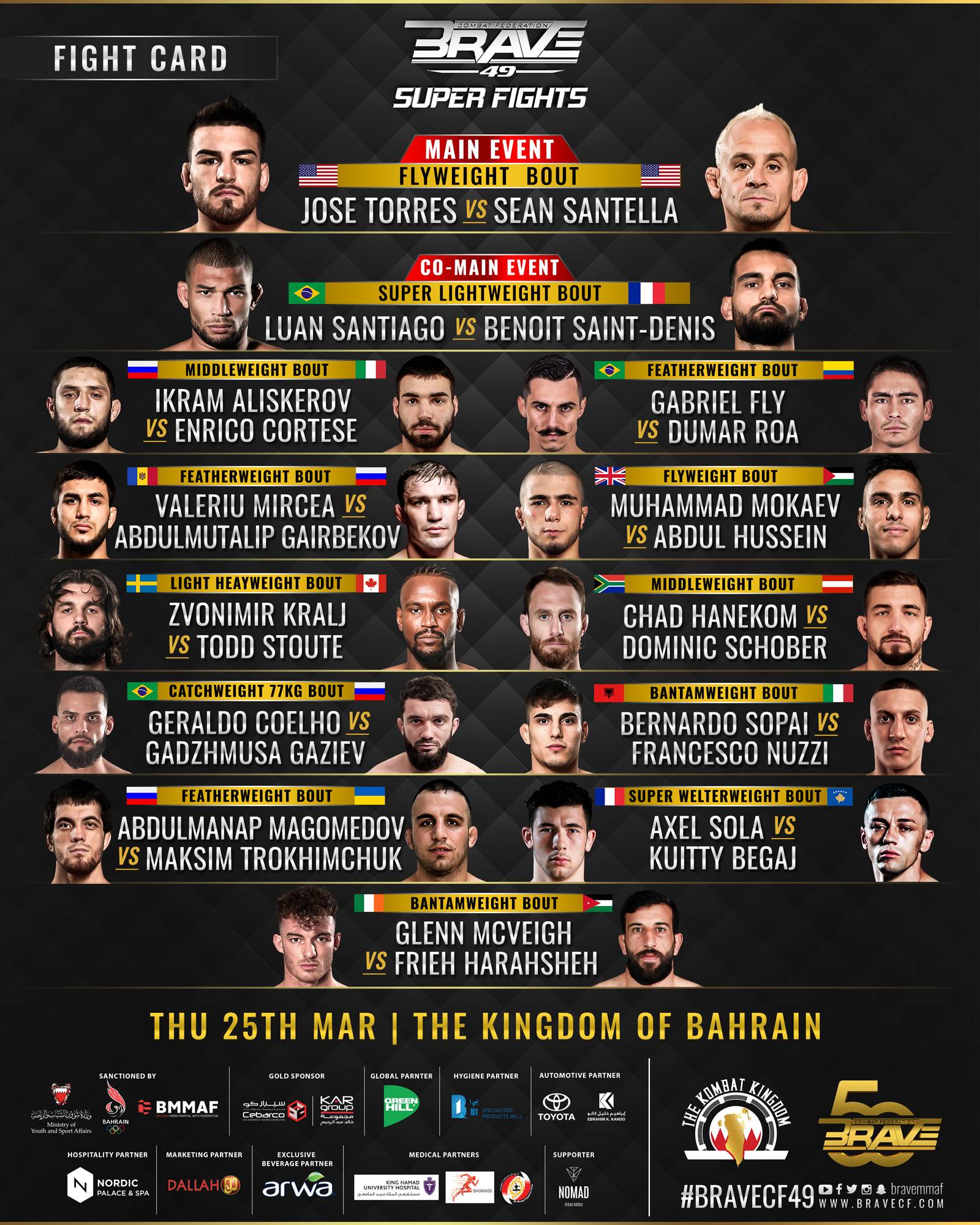 BRAVE CF 49: Super Fights is the third of four consecutive events scheduled for Kombat Kingdom and the last one before the truly global promotion reaches the landmark 50th fight night. As BRAVE Combat Federation is ready to kick-off a month of intense action, officials released the full fight card of the March 25th event.

The card will be headlined by the much-anticipated rematch between Jose “Shorty” Torres and Sean “Shorty Rock” Santella, as part of the prestigious BRAVE CF Flyweight World Title Tournament.

The stakes are even higher as Shorty and Shorty Rock step once again into the cage, after their first encounter, a back-and-forth, instant-classic match, ended up in a draw.

The co-main event of the evening will see the return of former BRAVE CF Lightweight champion Luan “Miau” Santiago, who’s now on the hunt for the Super Lightweight title.

Santiago will take on the undefeated French powerhouse Benoit “God of War” St. Denis, whose rising through the BRAVE CF ranks has been one of the biggest stories in the promotion over the least couple of years.

The main card will also witness the rise of potential world title contenders in two different divisions, as Ikram Aliskerov is set to take on Enrico Cortese in the Middleweight division, and fellow South Americans Gabriel Fly and Dumar Roa meet in the Featherweight division. It has been announced the winner of this bout will take on whoever comes out on top between Valeriu Mircea and Abdulmutalip Gairbekov for the vacant 145lbs world title.

Muhammad Mokaev takes on Abdul Hussein in a match-up of amateur world champions, while another IMMAF standout makes his pro debut - Axel Sola faces off against Frieh Harahsheh in a Super Welterweight contest.

Elsewhere there are returns for Zvonimir Kralj, who takes on Todd Stoute, and former Middleweight title challenger Chad Hanekom, who takes on Dominic Schober.