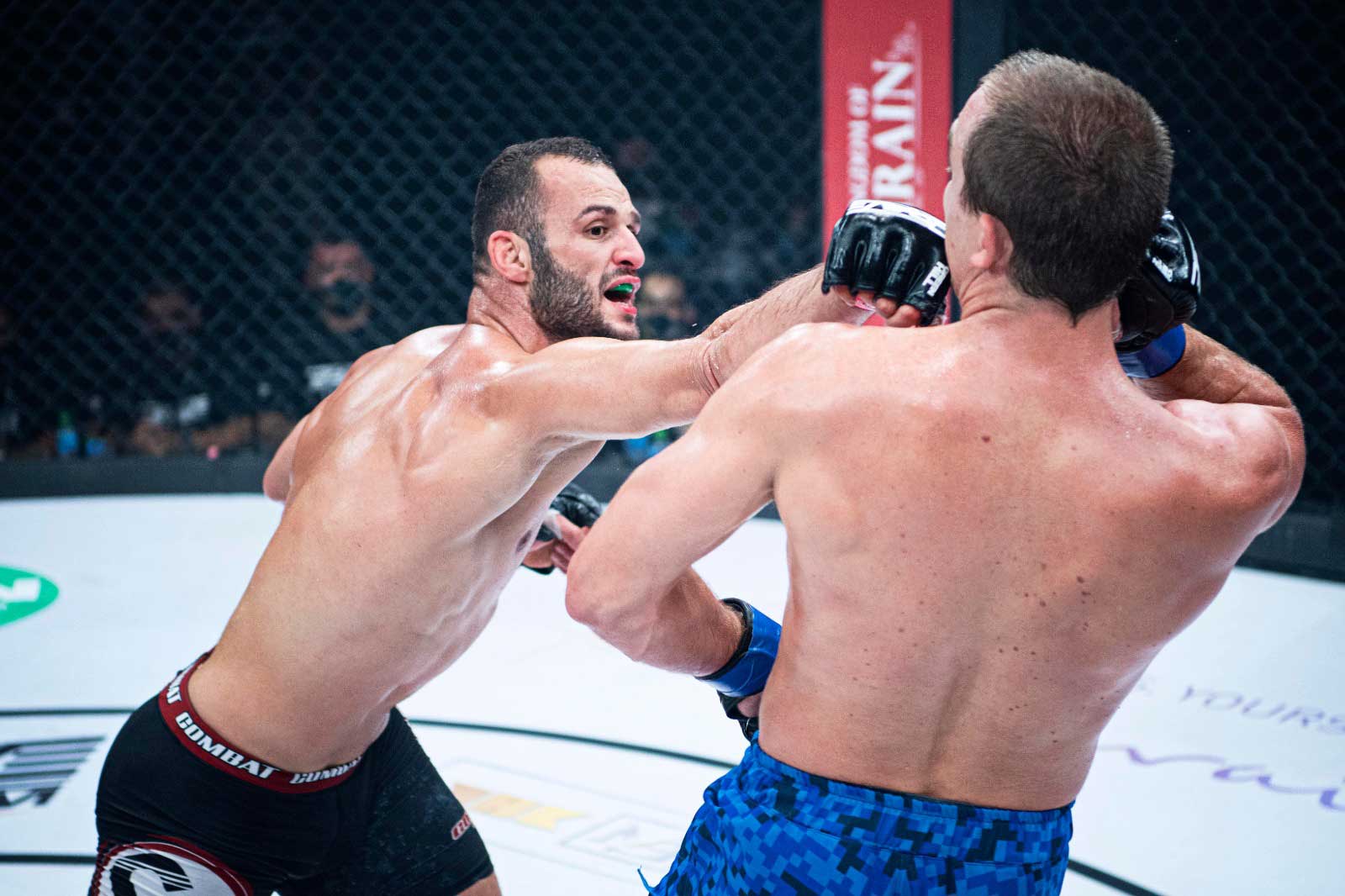 After three weeks and three intense fight nights, BRAVE Combat Federation’s Kombat Kingdom series in Bahrain is finally over and the final chapter of it was written by the Welterweight World Champion Jarrah Al-Silawi, winning BRAVE CF 43’s main event in a Middleweight bout against Melvin van Suijdam.

The Jordanian Lion put on a dominant performance and won via unanimous decision, with a triple 30-27. Although he was fighting in a heavier weight class, Jarrah showed exactly the same qualities he’s known for in the Welterweight division: power, aggression, and great submission skills, offensively and defensively.

The highlight of the fight came in the second round when Jarrah dropped Van Suijdam with a leg kick that left the Dutchman limping for the rest of the fight. The Welterweight champion followed it up with a full mount and finished the round landing powerful strikes on his opponent.

Melvin van Suijdam’s performance was as remarkable as Al-Silawi skills during the fight, as the newcomer showed incredible heart and resilience, and tried some slick knee and ankle submissions, showing his grappling credentials as well.

After the fight, Jarrah spoke about the pressure coming to this fight and left the door open for a potential trilogy against Mohammad Fakhreddine, now, though, for the BRAVE CF Middleweight World Title.

“It was a huge responsibility being the champion and coming here but I’m really confident in my skills and my preparation and I’m happy that I was able to come here and get this win. I’m not sure what’s going to happen next, I’m probably getting back to Welterweight and defend my title but I’d be happy to return here to Middleweight and see what happens, maybe even fight for the title”, he said.

In the co-main event of the evening, Kasum Kasumov quickly answered the question of who was the best grappler between him and Dimitar Kostov. The Dagestani powerhouse managed to submit his opponent in the first round with a beautiful arm-triangle choke.

Kasumov immediately established his superiority when he managed to take Kostov down inside the first minute. With both men on the ground, the Russian used his skills and locked a very tight arm-triangle choke, to which Kostov wasn’t even able to tap to, requiring the interference of the referee.

Mokaev puts on another show, beats Jamie Kelly via submission at BRAVE CF 43

Two-time IMMAF World Champion and undefeated amateur and professional Muhammad Mokaev is considered one of the top prospect in Mixed Martial Arts and the youngster shows no sign of slowing down. At BRAVE CF 43, Mokaev put on his best performance so far against Jamie Kelly and won via submission in the third round.

The Punisher showed another side of his game during the first and second rounds, using leg and body kicks profusely and exhibiting his boxing skills. Mokaev dropped Kelly within the first minutes and opened a huge cut in his opponent's forehead.

The bleeding forced the doctor to examine Kelly but the young Brit showed an amazing heart and left it all inside the cage. Kelly’s will wasn’t enough to save him from the first finish of his career and he tapped to a rear-naked choke in the third round.

After his third consecutive win in a couple of months, Mokaev asked for yet another bout before the end of the year and took the opportunity to reflect on his performance.

“I respect Kelly a lot, we come from the same city, we have similar fanbases, and I know he’s good and respectful. That’s what I always say, see the difference between this fight and my first one, if you show me respect, I show twice as much respect towards you”, The Punisher said.

“But it feels amazing to beat an unbeaten guy”, he continued. “It’s the first time for me, fighting here in Bahrain as a professional, despite having fought here 9 times as an amateur. I feel like Bahrain is my second home. “ 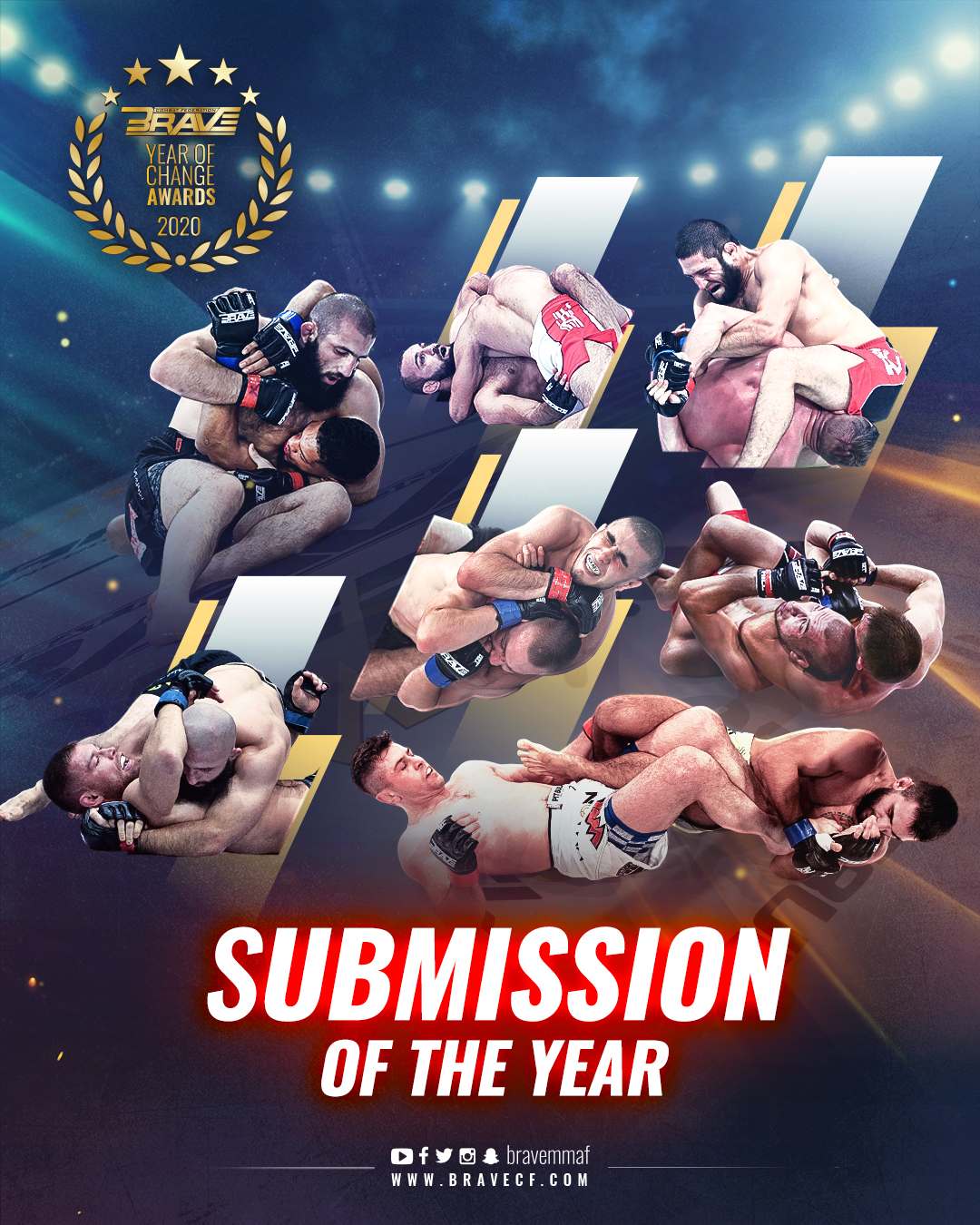 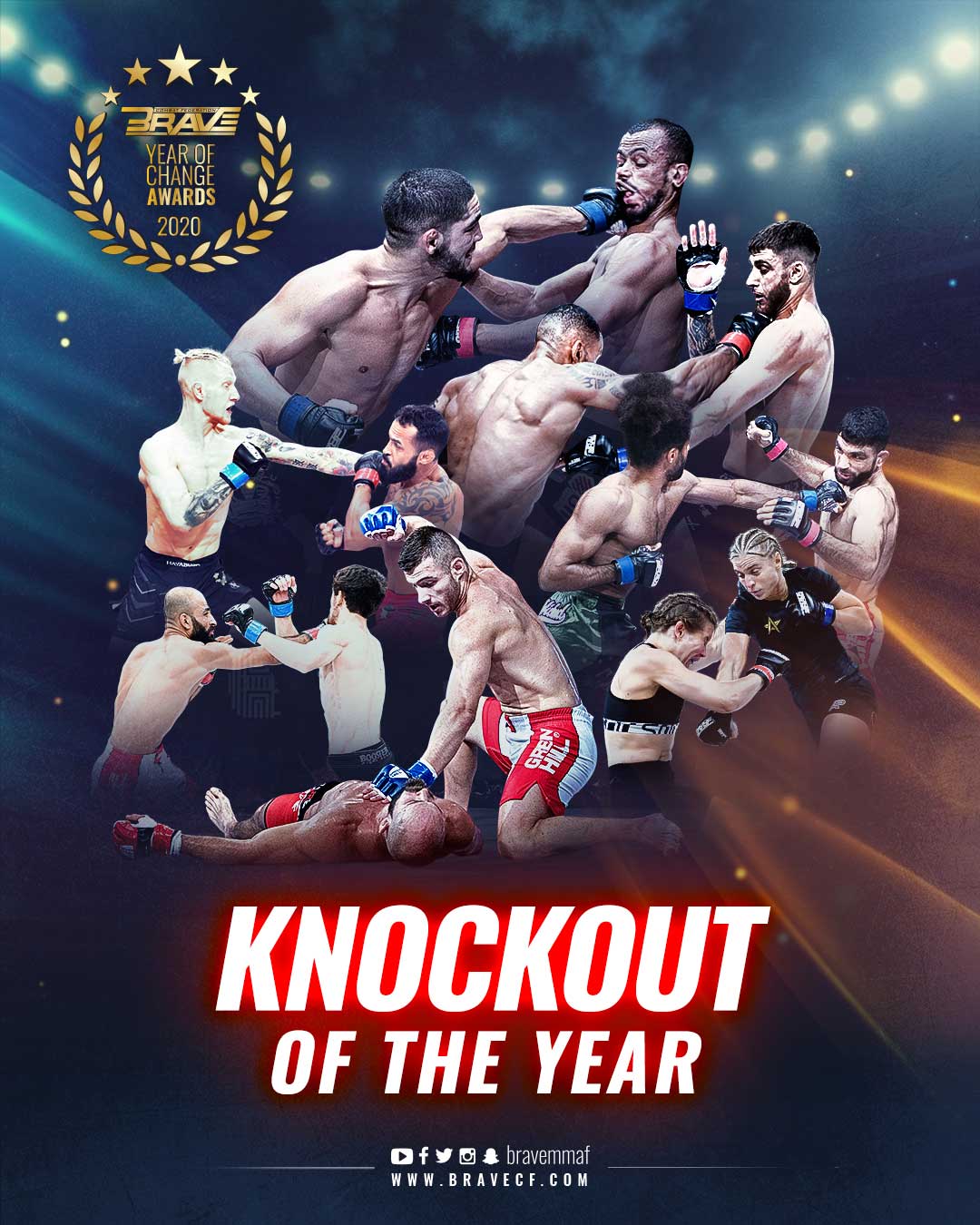 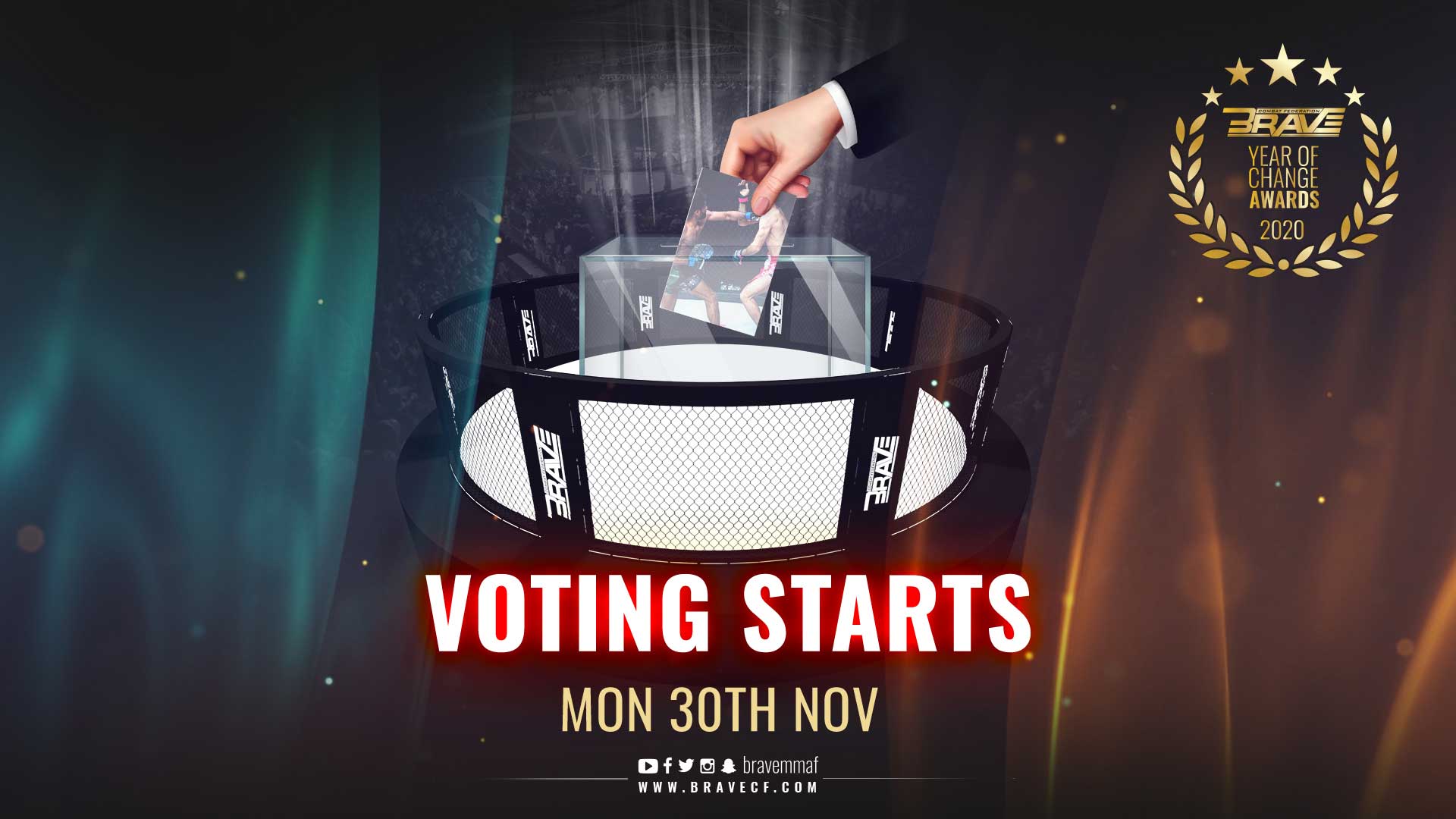 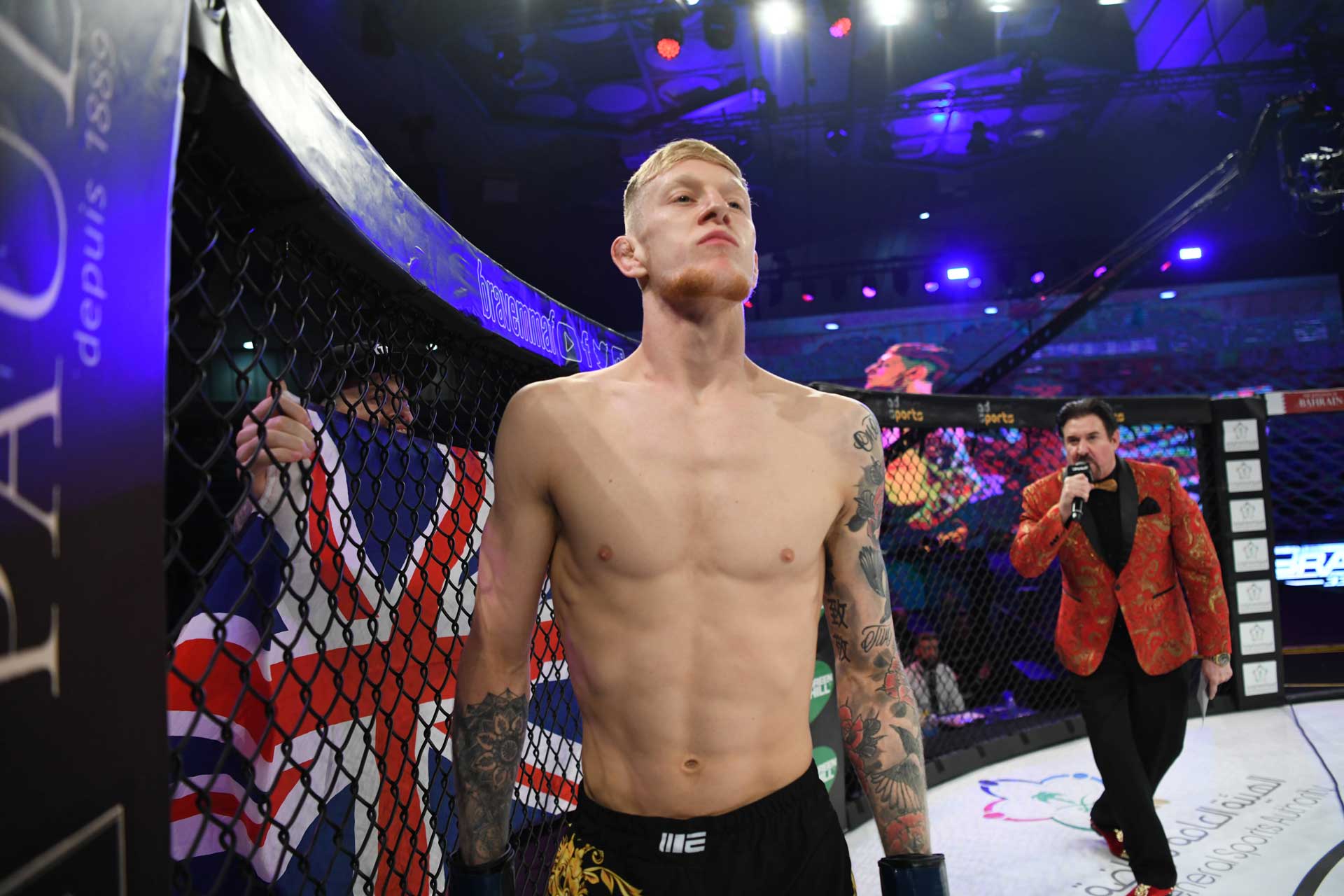 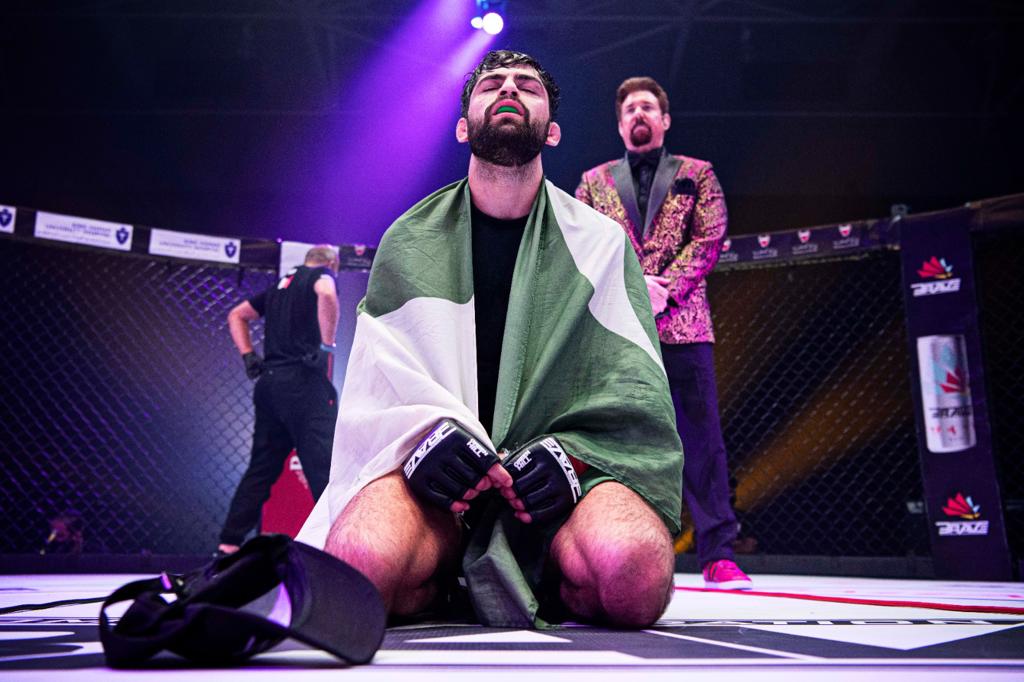 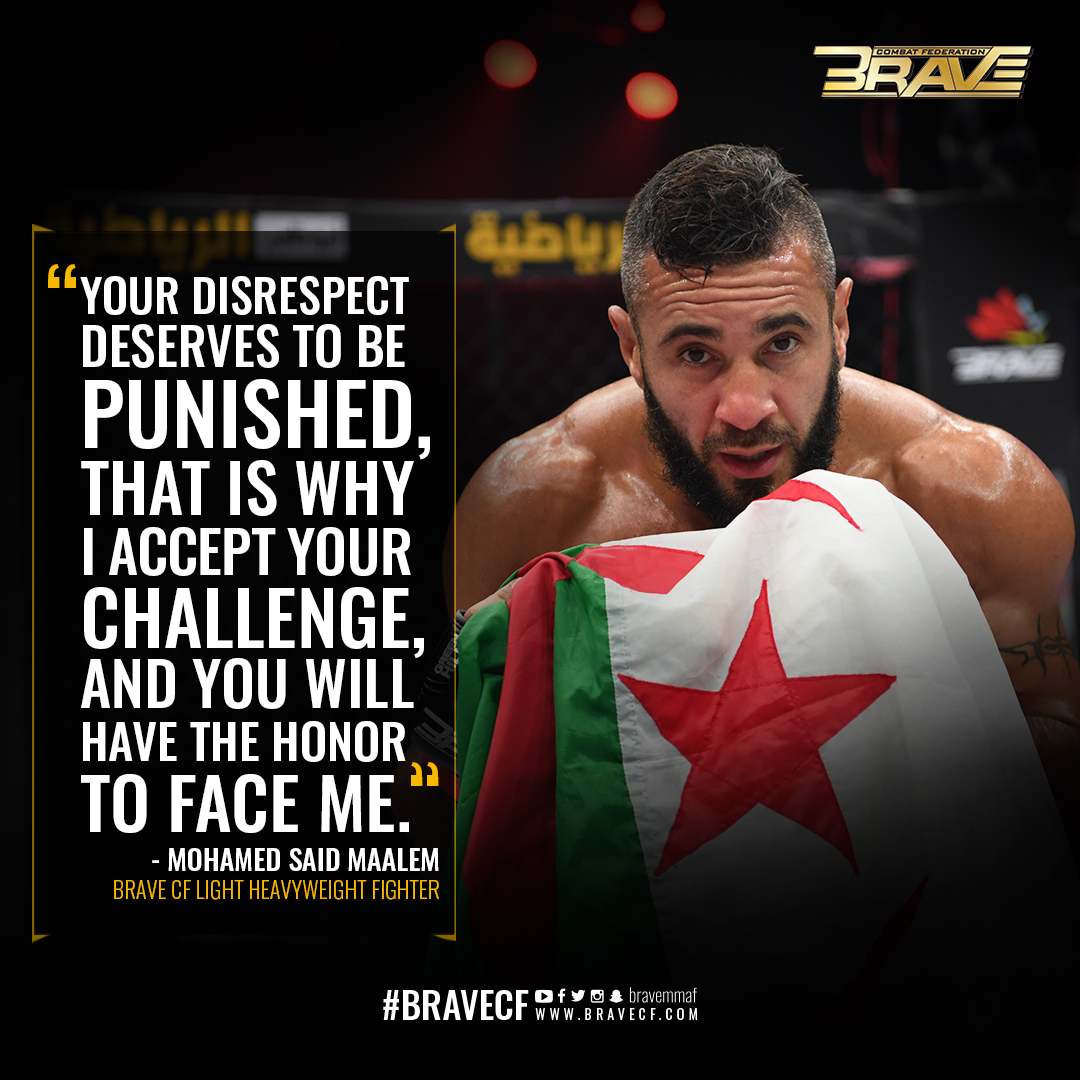 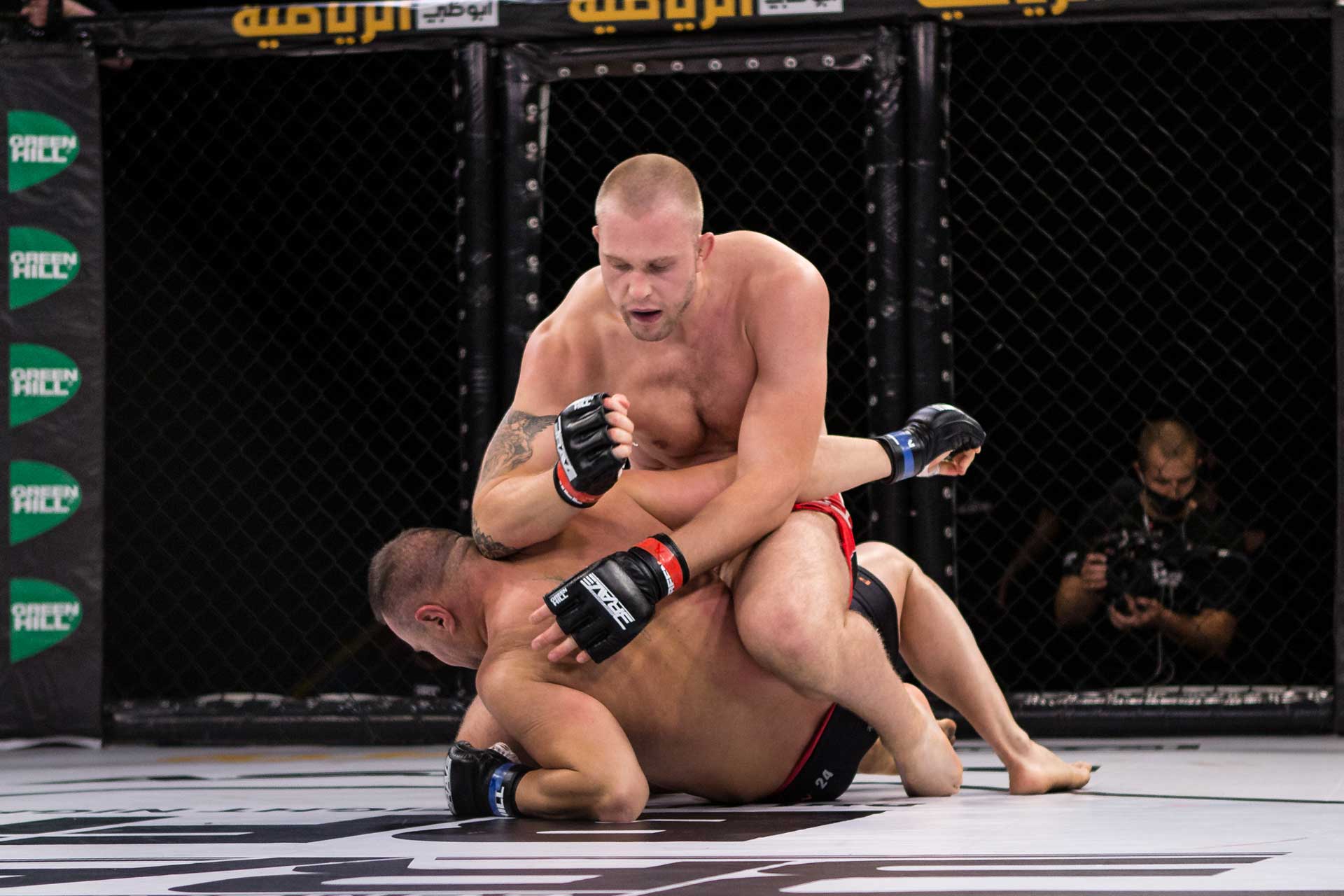 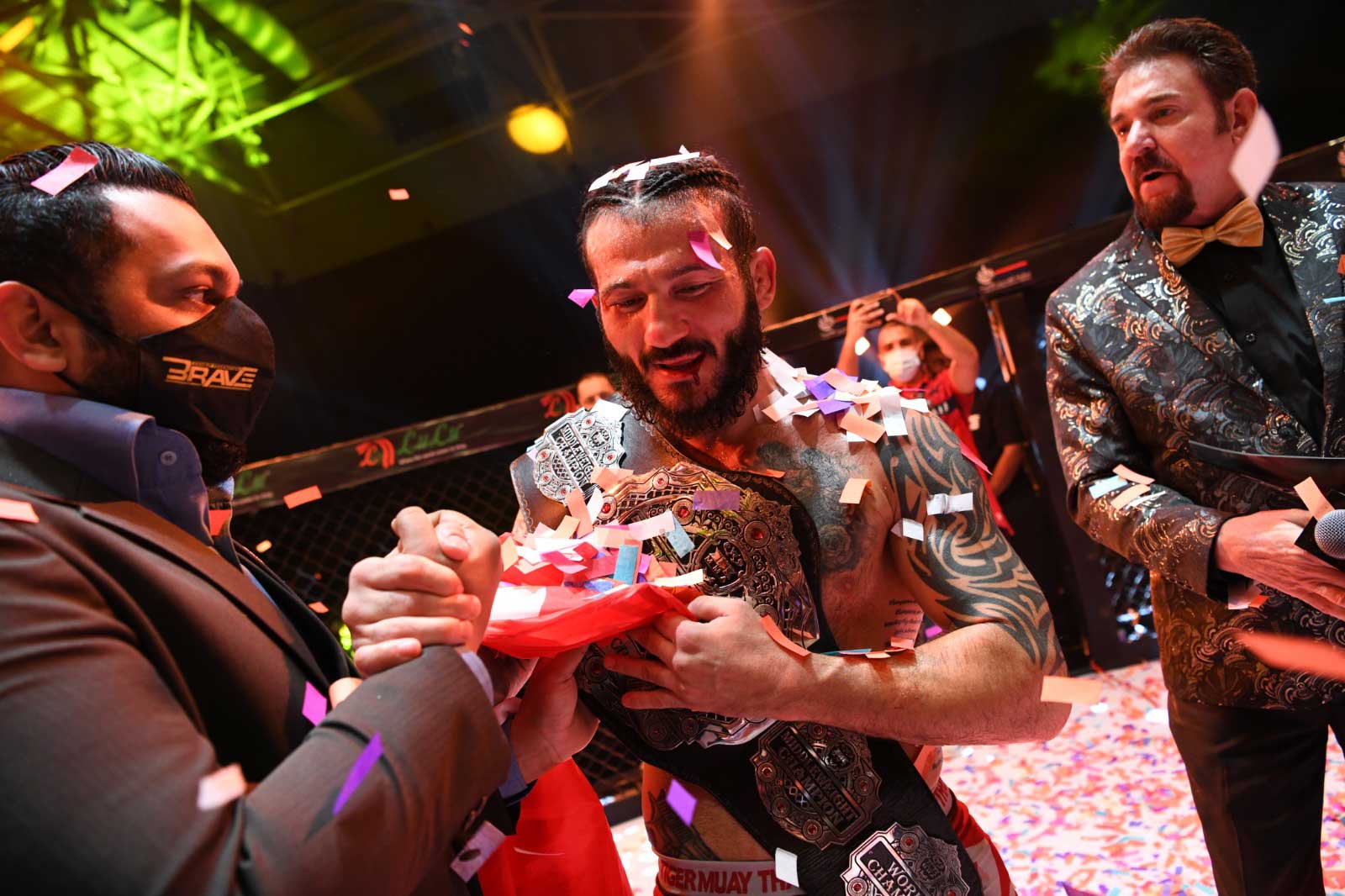 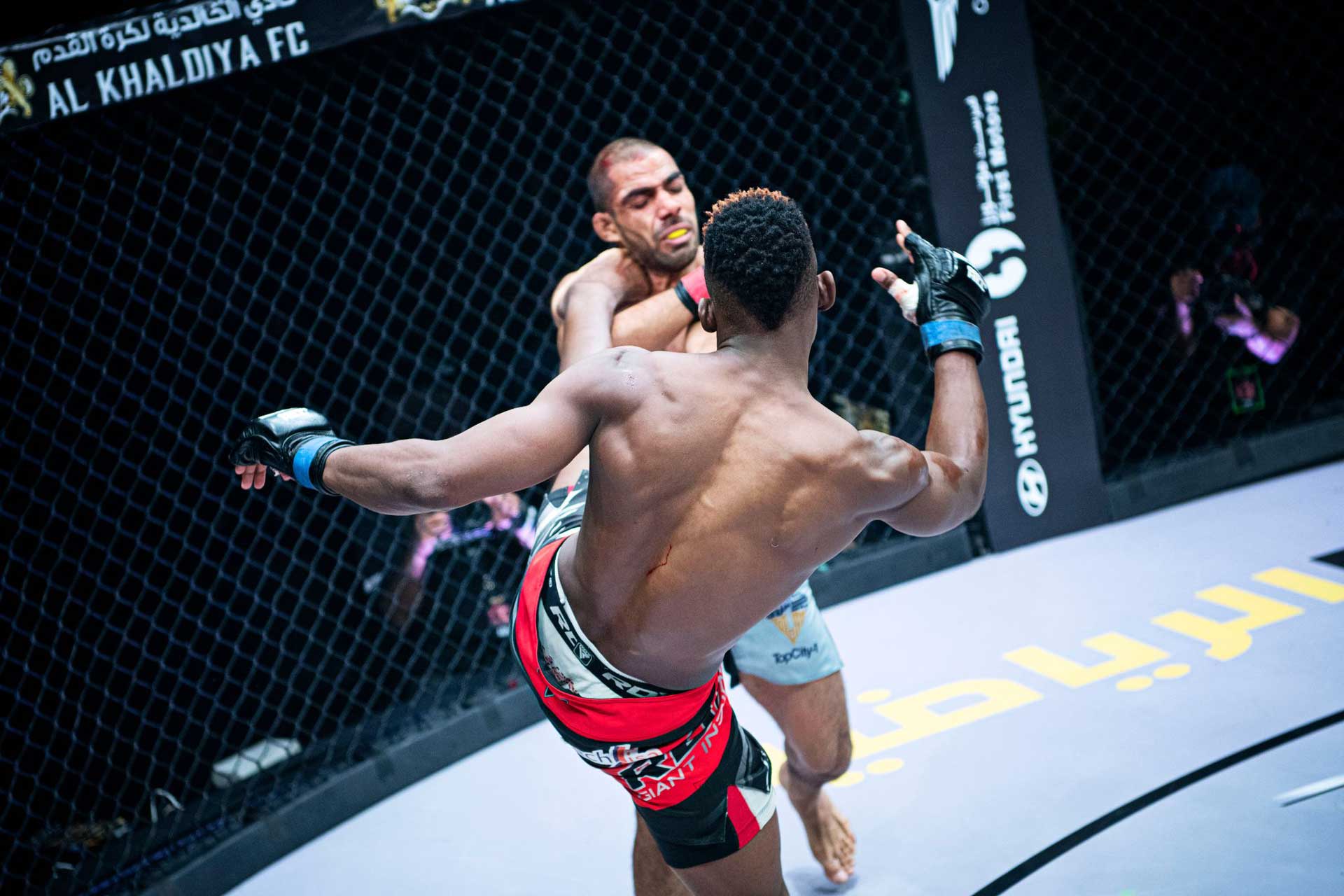 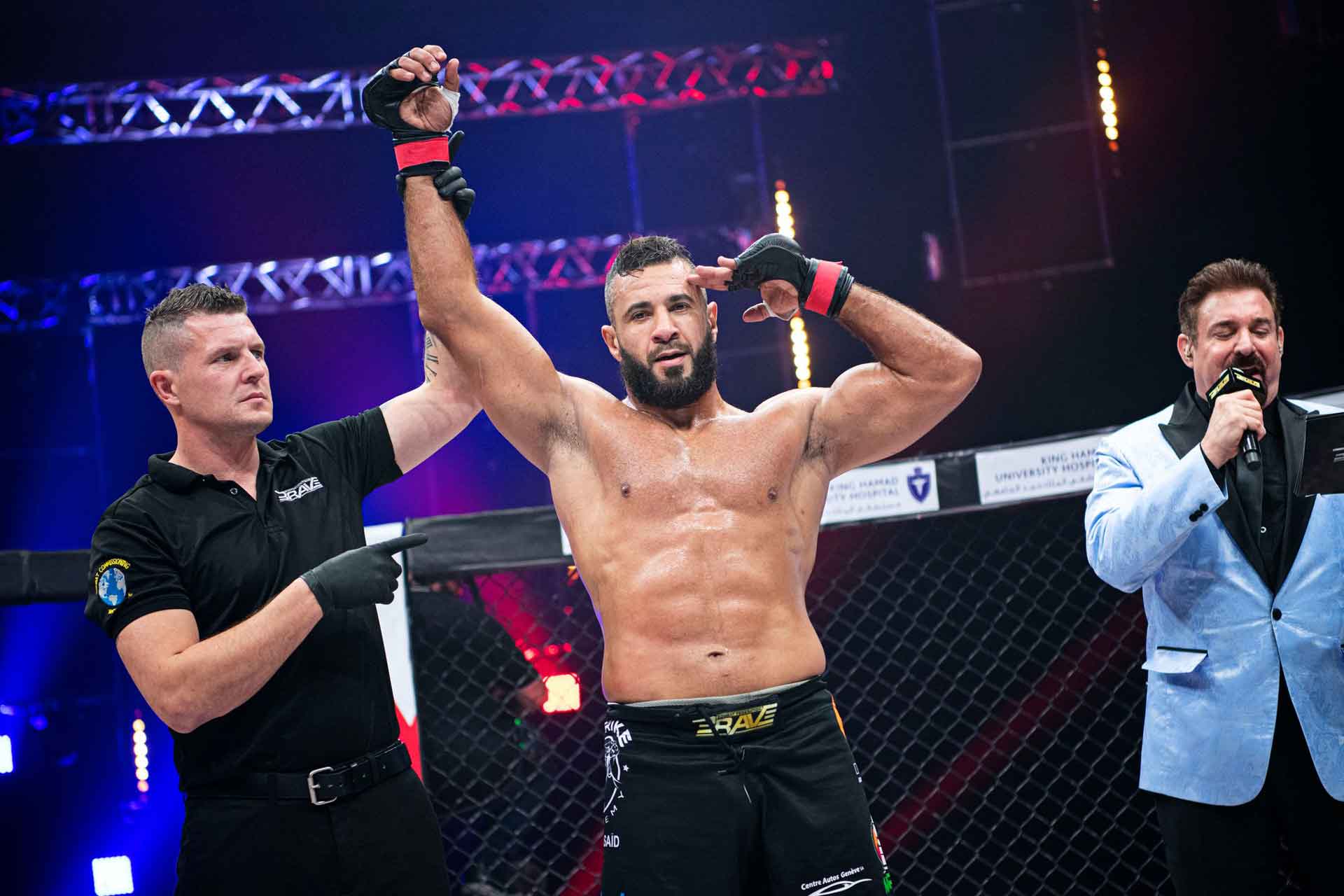 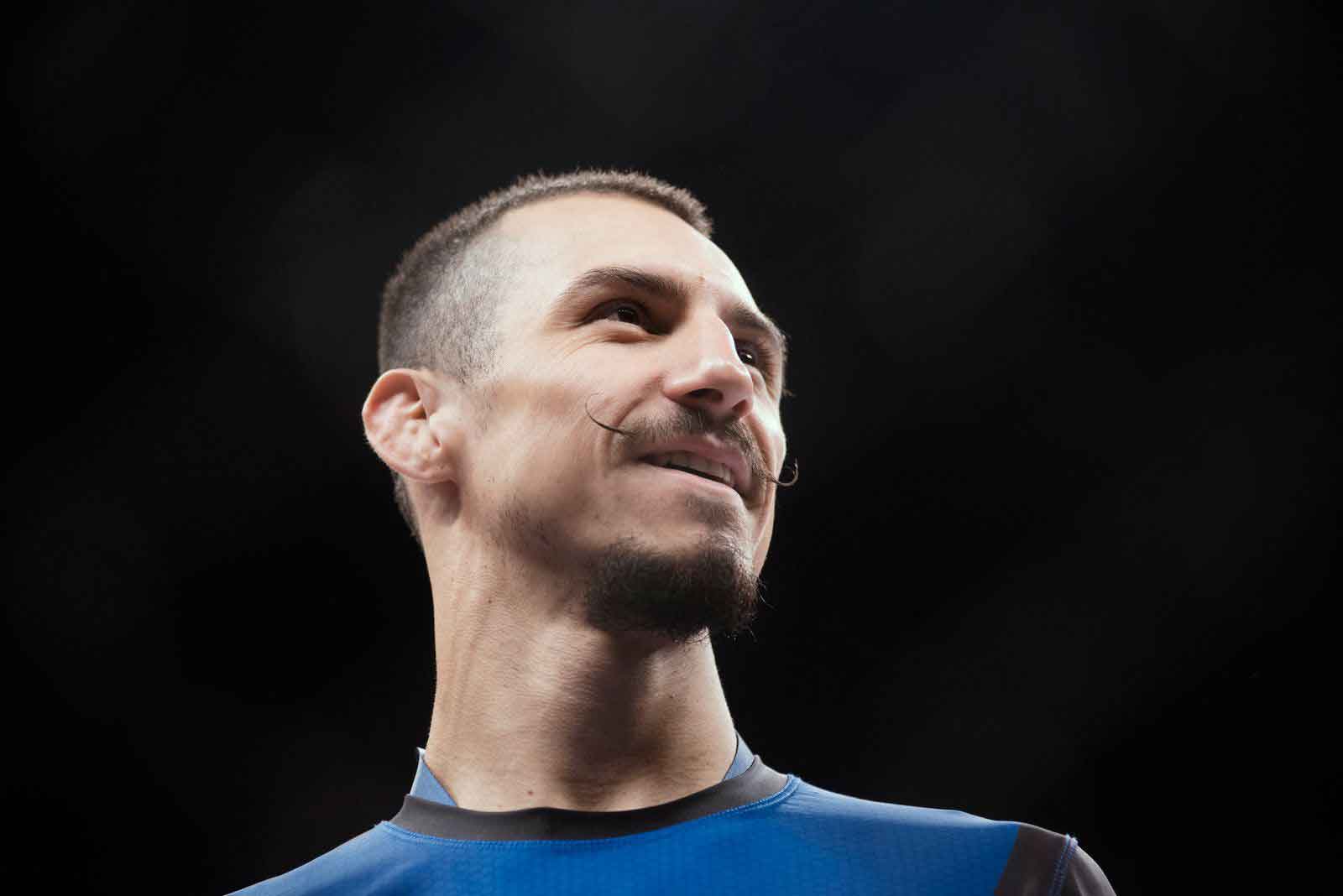 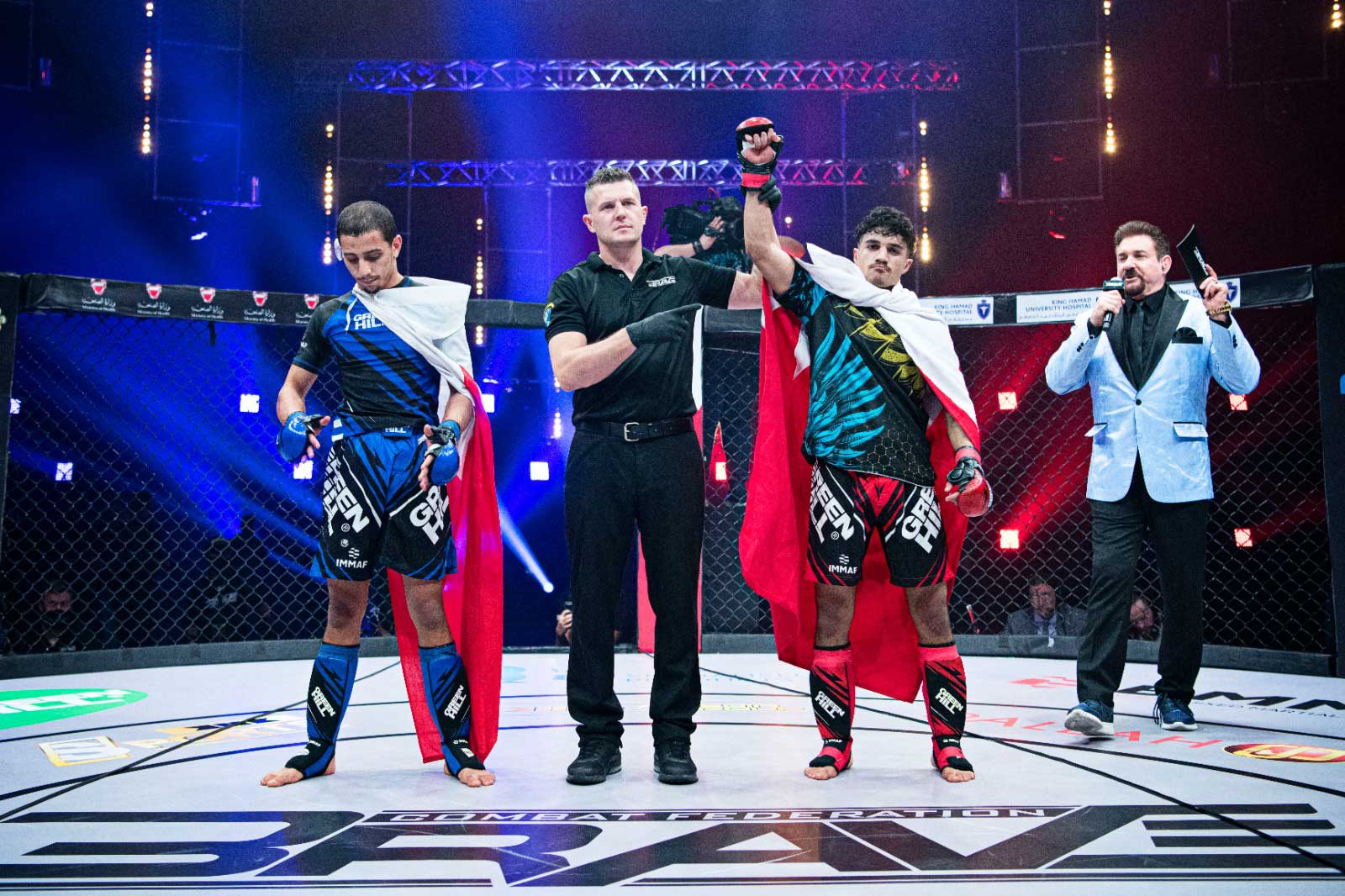