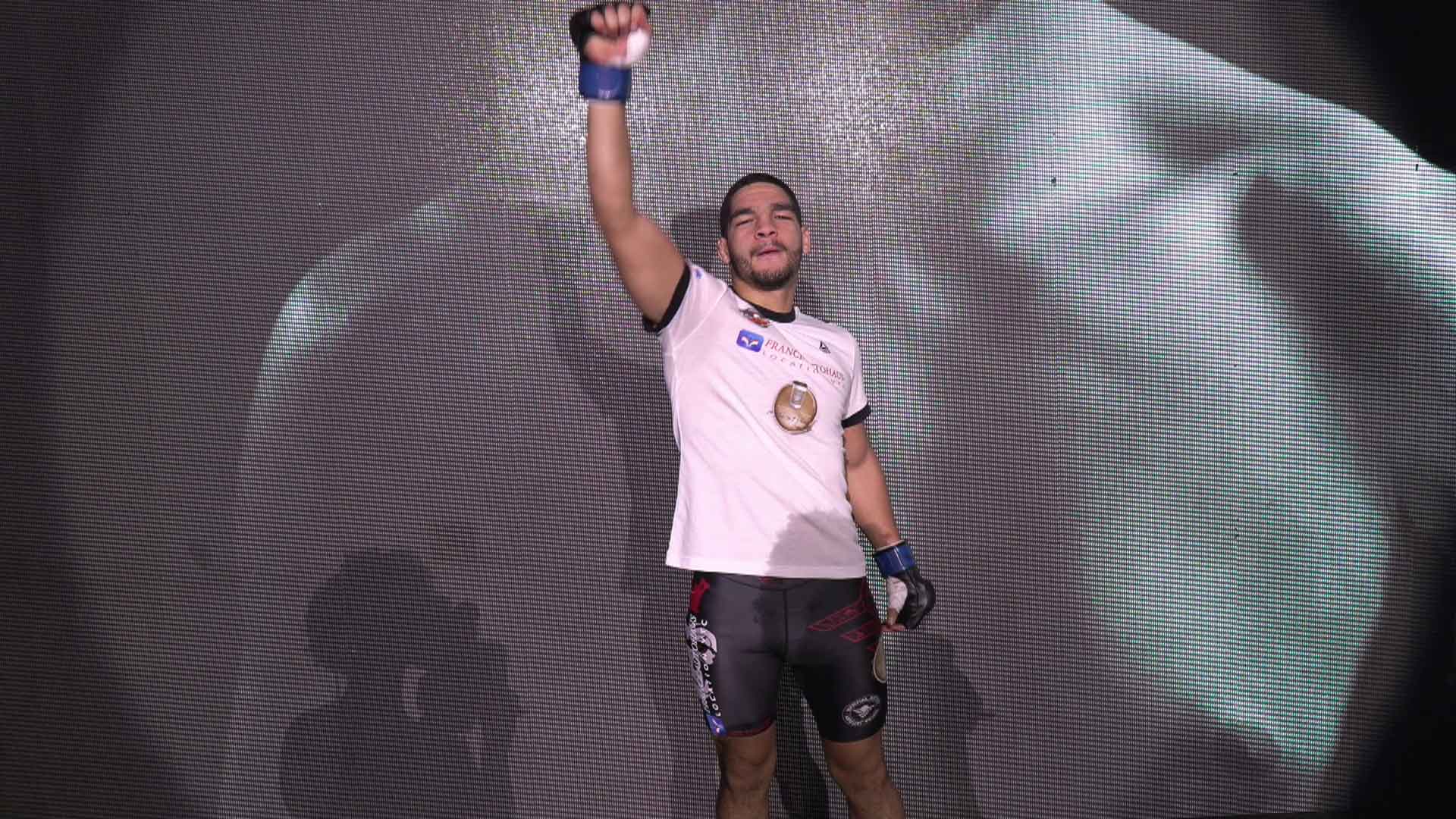 French-Tunisian standout Amin Ayoub is heading to his first-ever title fight under the BRAVE CF banner as he prepares to take on Brazil’s Cleiton “Predator” Silva, the current Lightweight world champion. But not even the challenger position is enough to break Ayoub’s spirit. They will face off in BRAVE CF's return to the Kingdom of Bahrain, next Thursday (5).

Quite the opposite, he’s very confident that he has the advantage in the match-up and will look to exploit the pressure that he might have coming into his first defense. No BRAVE CF Lightweight world champion has been able to defend his title, losing immediately after winning it.

“I’m a better striker than Cleiton, with all due respect. I know he won’t want to strike while standing up. The problem for him, though, is that when he tries to take me down, I’m even more dangerous on the ground”, Ayoub said, during an interview with BRAVE CF’s color commentator Phil Campbell on an Instagram Live promoted by the organization.

“I truly believe I got into his head. Because I’m the challenger, he has all the pressure to defend his belt, he has something to lose and needs to prove himself to the people. I don't think he will be very confident, especially because he knows that another mistake like the one Luan Miau made in their title fight won’t happen again…”, he finished.

Amin Ayoub vs Cleiton “Predator” Silva will be the main event of the evening for BRAVE CF 44, the fight night that opens the second leg of the prestigious BRAVE Combat Federation’s Kombat Kingdom series. The event will take place on November 5th, in Riffa.