A Bahrain resident, BRAVE CF’s Gerson ‘’Billaboy’’ is grateful for his new home 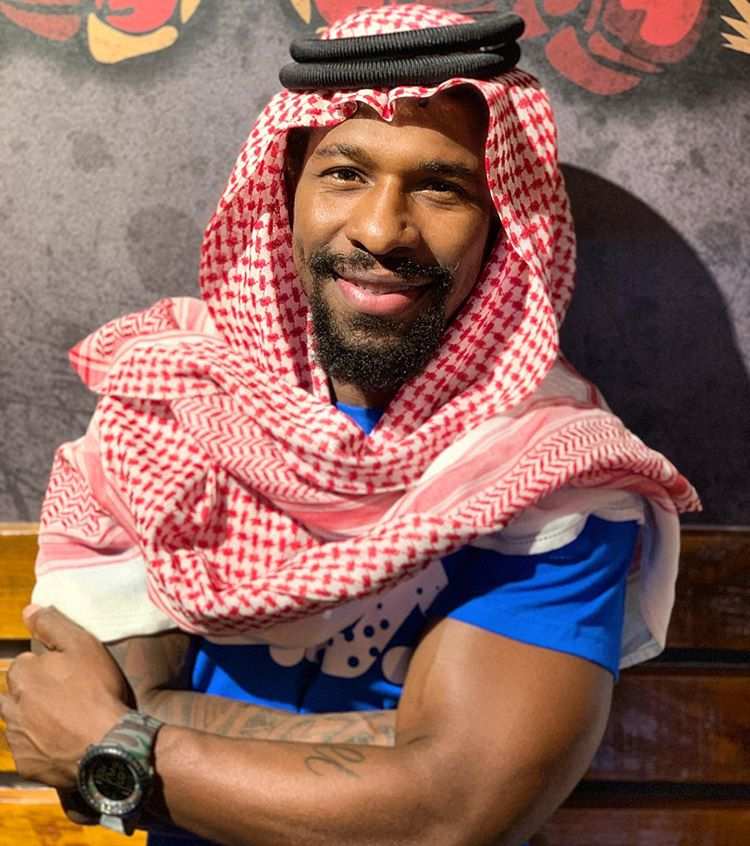 After two years living in the Kingdom of Bahrain, Brazilian fighter Gerson ‘’Billaboy’’ Pereira will finally make his BRAVE Combat Federation debut, this Thursday, at BRAVE CF 44, when he takes on Bair Stehpin in a Bantamweight bout as part of the main card of the organization’s return to its home country.

Gerson first came to Bahrain as a jiu-jitsu coach, and took the opportunity presented to him as a way to renew his life and is grateful for the new friendships he made in Bahrain as well as the opportunities to live life to the fullest in the island.

‘’I’ve been living here for two years now, and I came after being offered a position as a jiu-jitsu coach. I’m a black-belt in jiu-jitsu and I knew Bahrain would be a great place for myself and my career. I took that move as a turning point in my life, where I would be able to explode, to really make something of myself. So I’m really grateful for everyone I’ve met during my time here, and to the Kingdom too, for the opportunities it provided me’’ says Pereira, who had already envisioned a fight for BRAVE CF when he moved to Bahrain.

‘’I know Bahrain is the home of BRAVE CF, and when I moved I set a goal to myself that one day I’d be fighting for BRAVE CF. I’ve been in other fighters’ corners before, and now I get to fight myself, and I’m excited to put on a show and give back to everyone that has helped me get to where I am today’’.

BRAVE CF 44 will be headlined by a countryman of Gerson’s as Cleiton ‘’Predator’’ Silva, the current Lightweight world champion, puts his title on the line against France’s Amin Ayoub. Before that, Abdoul Abdouraguimov and Louis Glismann will face off for the potential opportunity of getting a title shot in the Welterweight division.